When Ron Patterson from Broad Ripple High School committed yesterday to the Indiana Hoosiers, it represented another piece in the puzzle for a potential blockbuster 2012 class.  He joins seven-footer Peter Jurkin as the first two commitments in a class that could run deep for IU.

That’s when the worm could really turn.  Put Yogi Ferrell, Hanner Perea, and Gary Harris in that class to join Austin Etherington and Cody Zeller from the 2011 class, and the hard work will have paid off.  Coach Tom Crean has a long way to go to get all those pretty pieces to fit together, but the first step was to build a brand that kids wanted to be a part of.

Building a brand is hard work.  No one believes in it at first.  No one.  Not even those who profess to believe.  Everyone is cynical.  You can see it in their eyes, and feel it even in their praise.

When I built 1070 The Fan in Indianapolis, I had two great advocates – my boss Tom 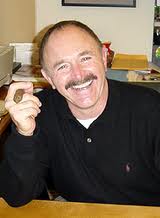 Severino and Michael Grady.  Both understood, and Tom was responsible for some of the architecture as well.  He was wildly encouraging, and wanted a great station – not some mediocre thing that would simply exist.  Michael was great in implementing what we tried to do, and then do it better when our ideas got better.

We had friends at ESPN as well, who pounded and pounded the idea into my head that the toughest part of the job would be managing expectations because at some point the energy that accompanies a launch would wane and we would need to beg borrow and steal our way to a second birthday.  If we had built the brand with skill and vision, and things went perfectly, it would take two years.  Even to build a show, it takes two years.

The patience for management does not run two years, but we kept hammering the idea of two years, and in our eighth ratings period we hit the goals set at the launch.  Thankfully, we built something that was true and good.  But in the beginning it was extremely difficult to get any buy in for the brand because a valuable brand is built and fortified inch-by-inch.  When progress is that slow, it’s almost impossible to see unless you are inside that process making lists and executing step-by-step plans.

It’s like walking from New York to Los Angeles.  If you make it to Columbus, Ohio, you see that you’ve come a hell of a long way from New York and are headed in the right direction.  Critics will look and wonder why you aren’t closer to L.A.

Tom Crean is moving one step at a time toward Los Angeles, and the kids in Indiana can feel 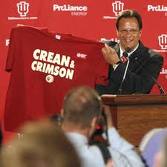 it.  Cook Hall is a big part of that excitement, and so is the history of Indiana Basketball.  It’s not like Crean invented Indiana University Basketball, but for these kids in the Class of 2012, they were in kindergarten when Bob Knight was expelled based upon the management tool of the weak – zero tolerance.

Now, Crean is starting to reap some of the rewards for those tough nights when he lied awake trying to think of ways to work harder and smarter so that he could get it rolling sooner.  Getting Indiana kids excited about Indiana basketball took right around two years.  There were early adapters like Jordan Hulls and Derek Elston, but the momentum didn’t really take hold until this summer.

Continuing to believe is not easy when the alums and students are pissed off they can’t see the minor victories that will lead to the on-court wins.  The world can get small, but if Crean is anything, he’s relentless.  Patterson and Jurkin are tangible evidence of the work that is being done by Crean and everyone involved in the program – from athletic director Fred Glass down to the student managers who rebound for the players at all hours.

No one is going to be sure about what Crean is doing.  They won’t know that he’s got the train rolling until it pulls into the station.  Then they’ll say they knew it all the time.  Crean will know better because he’s seen the doubting eyes and head the cynicism.