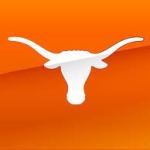 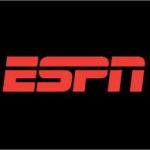 The University of Texas will receive $247.5 million of a $300 million guarantee over the next 20 years in exchange for allowing ESPN to create a network that entirely driven by Longhorn athletics – with some Texas high school football thrown in.

Each year, there will be one football game and eight men’s basketball games that air exclusively on the network.  The rest of the broadcast day will be filled with replays of football and basketball, contests featuring other sports, and studio shows.

There was never any doubt that the conference network business would evolve into the more micro individual school model, which could replace or augment the current Big Ten Network model that has been so successful.  Why shouldn’t the Big Ten Network fragment their product into 12 individual products?  Popular Big Ten programming could blast across all 12 channels, and when filler like the endless replays of “The Finale” are used to amuse viewers who lose their remotes, why not use school specific best of or recent non-revenue sports fare?

The programming exists, it’s just a matter of bandwidth for the programming carriers (DirecTV, Comcast, ATT U-Verse, etc…), which will continue to expand until broadband becomes the delivery system of choice.  At that point, the walls all come down, and the business model is re-invented.

So what does this mean for the potential for Texas to join the Big Ten?  Virtually nothing has changed because everything can be negotiated.  There’s no reason that a Big Ten school can’t have it’s own network and contribute to the Big Ten Network.

As you might guess, University of Texas president William Powers says that Texas is “firmly committed” to the Big 12, as are the other nine schools who will form the ten team Big 12.  Being a member of a conference is like being married – you are until you aren’t.  No school is tenuously tethered to their conference.

Another possibility is that Texas bails completely and becomes an independent.  That would cause Texas to forfeit the cash it receives from the Big 12, but that would be recouped and then some instantly with a Notre Dame type network deal.

Texas could also pull its football program from the Big 12, but work a deal to stick it out with the rest of its sports.

This deal didn’t do anything to clear the waters is the complicated world of conference realignment.  The $247.5 million just means that Texas will have more money than it did before, not that they are now somehow tethered inexorably to anyone.