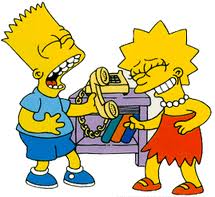 After a few weeks of stories about idiotic college hijinx, the timing seems right for a story about idiotic adult hijinx involving a hotel, a Denny’s, and a boob pretending to be the manager of a Hampton Inn in Bloomington.

When we graduated college, we made it a point to return to Indiana University every Little 500, and each of those beautiful April weekends we rolled into town on Thursday because we were smart enough to remember that the best times sprouted from idle hours.

Our hotel of choice has always been the Hampton Inn on Walnut Street because it’s lest than 100 feet from our old apartment building.  The geographic proximity to the site of our most relentless boredom and cheap tedium aversion techniques prompted instant regression to stress-free stupidity.

And what is dumber than hours of prank phone calls.  How about water balloon launchers?  Both are very near the top rung of our society’s stoogery, and when combined, almost anything can happen.

In tonnage, their is inevitable success in prank phone calls. are much like sales calls – the more you make, the more you succeed.  A couple of calls followed that went nowhere, and then I called Denny’s just beyond the north end of the Hampton’s parking lot, and barked for the manager.  When he picked up, I introduced myself as Dave the manager of the Hampton and told him, “We have a major problem!”

To my glee and surprise, the manager said, “I know.”  I asked him if he would like to give me his side of the story.  Obviously, I had no idea what the hell kind of dispute might have been going on between the two managers, but there was no way the answer wasn’t going to make me happy.

“We’ll get my employee cars out of your lot ASAP.  I know you’ll have a full house this weekend, and we need to find another lot for the cars,” the Denny’s manager said.

The Hampton always used to sell out for Little 500 weekend, and they still post a security guard at the entrance to make sure Walnut Knolls party guests don’t take spots away from the hotel guests.

I knew where to go from there, “Listen, that’s why I’m calling.  I’m happy to have you and your staff park in my lot, but I’ve got to keep a lid on security.  What I need you to do right away is to compile a list of your employees names and license plate numbers.  The way our guard can just wave them through.”

So the manager of the Denny’s went about the tedious business of collecting a list of the tag numbers, and delivered them the the manager of the Hampton, who was quite confused by both the list and the explanation of why it existed.

After hanging up the phone with the Denny’s manager, it was time to perform the ritualistic prank call of the weekend – always to room 306, and again from the manager of the hotel:

“Hi, this is Dave, the manager of this Hampton Inn, and I need to ask you a favor.  I have a couple here who specifically requested room 306 for the weekend, and despite almost never doing that kind of thing, I agreed.  You see, they had their first, let’s say “special”, experience in that room and this is the anniversary of that night.  In exchange for your generosity in agreeing to move to room 312, I would be happy to comp your entire stay.”

The man in room 306 agreed, and I told him to come down to the lobby immediately to exchange room keys.  Then we moved to the hallway and waited and to see the guy head for the elevator to switch keys.  The room 306 occupant opened the door, and shouted back into the room, “Get all this stuff to room 312.  NOW!  I’ll be right back.”  The guy looked to be right about 60 years old with hair dyed jet black.  And his wife began hauling bags and suitcases from 306 to 312.

The guy got to the front desk, and asked for the manager.  He then announced he was there to exchange keys.  The manager was predictable baffled.  The guest continued explaining how there is a couple waiting for their room who enjoyed their first night of lovemaking in 306, and the manager continued to express his puzzlement, finally saying, “Look I don’t know what to tell you.  I didn’t call you, and frankly have no idea what you are talking about.  I’m afraid that you may have been the victim of a practical joke.

The guest was incensed, and muttered to himself as he quickly left the front desk.  We ran up the stairs to the third floor as the guest rode the elevator, and we got there first to see a big stack of bags.  There must have been 15 suitcases stacked nearly to the ceiling.  The guest hopped off the elevator, and started screaming, “PUT ‘EM BACK!  IT’S ALL BULLSHIT!  PUT ‘EM BACK!”

The wife dutifully moved to pile of bags back to room 306 one at a time.

Ahh, the Little 500 Weekend in Bloomington.  It’s the World’s Greatest College Weekend, and it’s filled with myriad traditions, which now include endless confusion near the corner of Walnut and State Road 46.