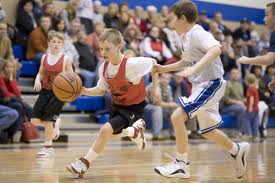 My son’s collegiate athletic career is roughly a month away from it’s end.  Senior Day is this weekend at Loyola-Chicago, and that means it’s almost over.  This is as good a time as any to come clean about all kinds of truths regarding youth sports parenthood.

I’ve spent an inordinate amount of time talking to fellow parents in both baseball and basketball, and these confessions come from both my admittedly myopic viewpoint as a parent, as well as those they share.

Truth #1 – Coaches are morons because they don’t understand how good parents’ sons are at their sports. Unless there are rogue pockets of parents who for some reason are eager to welcome thoughts of their own children’s warts, this is 100% true.  Parents are always polite to the coaches, but more than eager to privately rail against their leadership anytime their sons play less than a teammate.  (By the way, all references in this post are masculine because I don’t have a daughter, and know very few parents whose daughters play sports.  It’s not sexist; it’s just that I don’t know whether parent in girls’ sports are a saner lot.)

I’ve known parents who moaned about their son’s minutes after a game when he played 28-of-32 potential minutes.  Even if the kid plays every minute, he is never going to get enough shots.  Ever.

Truth #2 – Every player who shoots instead of passing to their son when he’s open is a self-centered ass. This is true for second graders up through college seniors, and it doesn’t matter if your son missed his last 12 shots.  The next shot is the one that’s important, not the previous dozen.  A point guard who dribbles into a double team and loses the ball instead of throwing an inside-out pass or feeding the open post is a moron who should never be allowed to run the point ever again.

Truth #4 – It’s all okay. The members of a basketball team aren’t your sons, and because of that you should feel absolved for your sins even before you commit them.  It’s not like parents are irrational without a compelling reason.  Blood is thicker than baskets, and so any amount of loyalty parents show toward their kids is not only forgivable, but appropriate.

Truth #5 – The kids deserve all the supports from all the parents – Even given the parental weirdness that is always going to exist, any parent who is not supportive of all his or her son’s teammates is an asshat who deserves what they get.  The best friends in a kid’s life can come from those teams, and any parent who doesn’t respect that gift is a fool destined to raise a less than enlighted son.

Rule #6 – Shut up in the car. I’m convinced more kids’ enthusiasm for sports is ruined in the car on the return trip home than anywhere else.  Parents should find a way to muzzle themselves until they get home and the emotion drains.  This was especially true for me.  My in-car harangue finally evolved after several years into what we called our “two and three”.  This was a brief recap of the two things Ryan did well, and three things he could improve at.  Ryan got smart his freshman year in high school when he would get into the car and tell me what he needed to work on before I could open my mouth.  The following year, his driver’s license removed my audience from the car.

Most parents understand that until college, the majority of coaches are virtually or actually donating their time and doing the best they can.  They have barely enough self-awareness to realize they are goofy, but there is something about parenthood that won’t allow the necessary corrections that would return them to sanity.

The only saving grace for youth sports families lies in their ability to use sports as a forum to teach life lessons.  That’s really the only reason to encourage kids to play youth sports.  There are people who make some money playing ball, but it’s statistically unlikely that it will ever happen.  Over one million kids play high school basketball, and of those roughly 5,000 will play college ball.  Of those, maybe 700 will play for any amount of money at all, and only 100 or so will play in the NBA.

Even those who do play for money can use the great lessons of discipline, battling adversity, and the sum of a good organization being greater than the parts.  That’s where the payoff is.  Some parents get it, and others allow themselves to be swallowed by the hope of a future that simply isn’t possible.

It sucks that the coaches are not appreciated at the level they should be, but it’s an absolute fact that’s the case.  Even the very best coaches don’t get the love they should from parents.  The parental discontent for coaches is why so many of them choose to coach their own sons.  No one else can do it right, so they do it themselves.

Youth sports is a swamp filled with ugliness – authored most often by parents, but God love those kids who persevere and figure out what’s truly important.