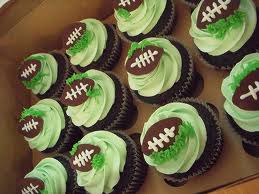 I hate cupcakes. Both kinds.

Call me crazy, but I just don’t have a sweet tooth and hate foods that make me want more. I have enough of an issue with temptation as it is. It’s worse with the cupcakes that college football trots out in September. Samford? Stony Brook? Florida something or other? Every direction but good?

For college football, I’ve tried to ignore it as best I can for the last decade. A&M hired an idiot, while Texas has put together a dominating decade challenged only by … well, not much. Oklahoma occasionally, and that pro team in L.A. Nick Saban has proved that a program can come back from being Franchioned, but today, I come to bury college football and raise it up, better. The king is dead; long live the king.

Let’s start by killing off the one thing that we don’t need at all: the NCAA. That body has long outlived its purpose and its usefulness. Let’s go ahead and kill off the major conferences as well. They can stick around in some lesser form once we set this up, but you’ll see how this will end up working out. Then we set up the masterpiece. I’ve been calling it SuperConference, but you can call it whatever you like, as long as it works this way, more or less.

The idea is easy. The Top 20 teams are placed into one “SuperConference.” These teams would play an eleven game schedule. Nine of the games would be against SuperConference teams. This would be determined by “odd” or “even” status in the following season. Odds (1, 3, 5, etc) would all play each other (nine games), as would the evens. One game would be designated a “rivalry game.” If Ohio State is in SuperConference and Michigan is not, they can still play, no questions asked. Alabama and Auburn? Absolutely. You can run down the list wherever you want. There’s also one “feeder” game. I’ll hold on before explaining that one. Eleven games, no cupcakes, and just good football.

After these eleven games, there would be a very simple playoff. (“Playoff! What about the Bowls?” you ask. I’ll get to that too.) The top eight teams will be seeded by record without consideration of even or odd status. It’s a simple bracket where 1 plays 8, and so on. I go back and forth on whether to keep it bracketed, or whether to do it NBA style and make sure 1 always plays the lowest seed that got through. That’s three extra games – max – for each team and a total of seven games in the playoffs. If we leave the National Championship game as a seperate deal, we give the six other games to the six top bowls. My guess is that would be Rose, Sugar, Orange, Fiesta, Cotton, Peach, and … well, it doesn’t really matter. If it’s the Pinstripe Bowl that puts up big bucks, so be it.

Now, here’s where it gets fun. Teams 9 through 16 would be matched up for the other bowls. That’s four more bowls that get to have Top 20 matchups. Teams 17 to 20? They’re not just playing in bowls, they’re playing for their lives. They would have a two game playoff (17 v 20, 18 v 19, with the winners meeting up for the all-important 17 slot. Yes, if you recognize what I’m doing here, you’re probably a soccer fan. The bottom three teams (or rather, the three non-winners of the tournament) would be relegated.

Where? They’d go down to SecondConference. The next twenty teams – all good, all solid programs – and now, all getting a real chance to go up and win. Each of these teams would be guaranteed one game against the SuperConference teams – what I referred to earlier as the “feeder” game. 1 would play 1, 2 would play 2, and so on. Do we keep going down and creating ThirdConference and FourthConference? I’m not sure. I think it would work and it would certainly make relegating easier. There’s other ways to do it, like leaving the remnants of the existing conferences to put something together and “graduating” a couple programs each year. By the way, the SecondConference teams could play in bowls at the end of the season too.

If a team is on the upswing – let’s say Brian Kelly’s Notre Dame team starts to play like champions again – then it could take years, possibly a recruit’s entire collegiate career to make it from one of the lower rungs and play for a National Championship. That’s a pretty big issue, but one where I don’t think it could happen. Boise State built up over years and this kind of system wouldn’t have held them back. There are always going to be teams on the way up, or on the way down. It’s not likely that there would be a real challenge from outside the top 20.

The weaknesses of the system as I see it:

1. Possibility of some great Cinderella team not getting chance.

3. Teams outside the top tier would have difficulty in recruiting and fundraising, creating a negative spiral.

4. A team could rise to SuperConference, graduate a bunch of players, and suck.

5. Possibility of significant travel for some teams, especially if on coast.

Strengths of the system:

1. Sets up playoff system and preserves bowls. Everyone wins.

2. No weak opponents, scheduling is “automatic.”

4. The rich would probably get richer on a recruiting basis and in TV money.

Have thoughts or criticisms? Put ’em in comments. I doubt this will happen soon, if at all, but it should, and soon.