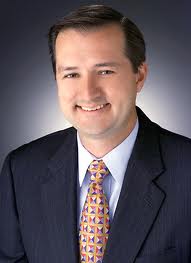 It’s hard to question the sanity or accuracy of the responses from the subject of an interview, especially when he owns the Chicago Cubs.  It must be, because Chicago Business’ sports reporter Ed Sherman in his interview with Tom Ricketts let’s him get away with responses that have very little to do with reality.

I have a friend, Larry, who’s a bigwig in Chicago public relations and enjoys sending me links to pieces about the Cubs that he knows will aggravate me.  Sherman is the author of many of them.

The incredibly gentle treatment given the Cubs by Chicago media is absolutely strange and unjustifiable.  They spend more, charge more, and play bad fundamental baseball.  They get a pass from most sportstalk radio hosts, columnists, and Sherman.

The Cubs are not a good baseball team.  I watch them most days, hoping they will play better.  As has been the case for most of the past 65 years, they haven’t.  Even when they went to the playoffs in 2007 and 2008, the Cubs were poorly built to win low scoring games, so they were swept in both series.

Rickets and his front office can continue to make excuses – the weather, injuries, wind, economy, Wrigley Field’s outdated facilities, blah-blah-blah have all caused such a hardship that the Cubs attendance and quality of play had to drop.

Nonsense.  Anyway, here is the interview, with my comments in bold/italics:

Sherman: What’s your take on what’s going on with attendance?

Mr. Ricketts (Why the “Mr.”?  Would readers think he was talking to Ricketts’ wife?): There’s two types of attendance. Tickets sales and people who attend the games. Our ticket sales are a little soft, but not dramatically. People fail to keep it all in perspective. In terms of ticket sales, the Cubs generally don’t have an issue compared to other teams in the league. We still have a huge waiting list for season tickets (made up of people like me who have no current interest, but thought it would be cool to click the button at cubs.com). Our sales are softer than we’d like, but we’re not in any way panicked or freaked out about that (Ricketts should be panicked because once the fall starts, the work to correct it should already have started, and it clearly hasn’t.  Cubs fans are sick and tired of the consistently silly moves made by Jim Hendry to shore up a mediocre team with more expensive mediocrity.)

The second part is who is coming to the park? When you play most of your home games in 45 degrees and it’s wet, I’m sorry, I can understand why some people don’t want to come out. That’s been the driver here. Once we get some spring weather, people will want to be at the park (This is not the first bit of bad weather to hit Chicago during April and May, and fans staying away in the numbers they are is not entirely weather driven.  Saturday night was miserable, and even I wouldn’t have been caught dead at Wrigley, but there have been weekday games where the sun-baked bleachers were half-full.  There is a period of denial that many business owners have when they blame all the externals before they look in the mirror, and at staff.  How quickly they move through that period determines whether they are able to escape it.  Ricketts has not appeared to be a quick study as to how a baseball team should operate.)

After a couple of disappointing seasons, are we seeing a “show-me” factor come into play by at least some of your fan base?

Yeah, I think that’s fair. We have an exciting young team (compared to geriatric storage centers, yes, the Cubs are young.  Minus Starlin Castro and Darwin Barney, they are very old with starters currently aged 33, 33, 35, 33, 34, and 28, and ‘exciting’ is an odd word to describe this group.  They have almost no team speed, poor defense, and minus Soriano’s April, limited power.  I’m not sure what part of baseball that can be exciting the Cubs display), maybe the most exciting young player in baseball (Starlin Castro). But we’ve got to put a string together to put some excitement behind some of that potential, (an odd word to use with six players with a bunch of experience, and two youngsters who are playing beyond their potential.  Barney and Castro are hitting .333 and .338, so what might their potential be?  To hit .424 like Rogers Hornsby?). We have to put a winner on the field so people feel like the tickets are a good value for them. We need to get a couple of guys back (ah, the injury thing.  In 38 games, only Geovany Soto among the eight starting fielders has missed any real time due to an injury, and the top three rotation pitchers and entire bullpen have enjoyed great health) and win some games. If we do that, there won’t be any attendance issues.

The Cubs ticket prices rank among the highest in baseball. Is there a fan backlash on that front?

Our ticket prices did not go up this year (how could they?  They were the highest in baseball, and the Cubs won 75 games after spending $146 million on payroll. We Cubs fans are stupid, but no one is that dumb.). This might be an issue from year’s past. For our season ticket holders, the average price did not go up. It was flat. We did juggle the pricing and added more premium games. But we took those dollars and subsidized 70% of our least expensive tickets. We increased the amount of our low-priced tickets (Remind me to send Ricketts some flowers!).

How do you feel about having so many tickets available below face value on the secondary markets? Does that undercut the team’s ability to clear out its ticket inventory?

Obviously, when there’s excitement behind the team, those tickets on Stubhub are at a premium. We feel like it is going to happen (again, denial ain’t just a river in Egypt). It’s a double-edge sword (the Cubs have a business arrangement with Stubhub). We hate to see the prices trade under face value (then hire a real GM to build a decent team, and a manager who can get them to play like professionals – hear I’m speaking directly about Alfonso Soriano and Aramis Ramirez, whose range factors are ridiculously low). We also want people in the park too.

One thought on “Chicago Cubs Owner Tom Ricketts Q&A with Ed Sherman – Is in a Word, Nauseating”