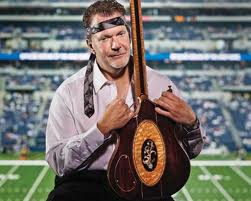 You have to love Indianapolis Colts owner Jim Irsay.  He speaks his mind, regardless of how his comments are perceived.

I’m sure NFL commissioner Roger Goodell would like the 32 franchise owners to either shut up or sing from the same hymnal.  Anyone who has ever hear Irsay play the guitar and sing knows that he brings a unique voice to everything he does, and his tweets yesterday are a great example.

The mantra is not end lockout,it’s get new collect. bargain. agreement.We have no CBA at this point,an obvious fact that gets lost n shuffle

For every week after july 15 that’s there’s no new CBA,self-imposed players/owners fines 2 fan charities..get out of the courts!

Jeff Saturday and I could get this thing done,on cocktail napkins,over a long lunch at Rick’s Boatyard..it’s not that hard!

Life is short and history is always watching..Canton,Ohio is sacred ground..it’s always searching for the good stewards who protect the game

Every time we argue about who’s fault it is and who did that and who said this..spin,spin,spin..who cares! Get something done!

People tend to mock Irsay because of his iconoclastic Bohemian beliefs.  His tweets aren’t those you would expect from a guy whose assets total in the ten-figure neighborhood.  He owns the original Kerouac “On the Road” scroll, and was a friend of Hunter Thompson’s.

He’s been to the dark side and back, and now barks at the two sides fighting over how to splits the $9 billion spigot that only they have the power to turn off.

Logic is the enemy of lawyers, and Irsay spouts clear logic on Twitter as easily as Dylan lyrics.

Sure, Irsay is occasionally eccentric (that’s rick folks’ version of nuts), but given his resources, many of us would be lucky to survive with our sanity intact.  Read those tweets and tell me the guy doesn’t make complete sense.  In an environment dominated by double-speaking, self-serving mopes, what Irsay says is like a bright beacon of reason.

I’m guessing that Irsay doesn’t have a law degree.  if he did, he would see the logic in making this insanity drag out forever.  Once negotiations enter the domain of the attorneys, life gets purposely complicated, and solutions are as painful as giving birth.
Tweet