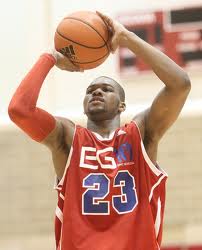 Basketball purists hate summer basketball.  They say it erodes the specialness of the high school seasons, and features kids doing little more than what they used to do at playgrounds in previous generations.

High school coaches hate it as it erodes the influence they have over a kid.  College coaches love it because it allows an affordable and convenient way for them to evaluate and impress kids and families with their presence.  Parents hate the expense, but enjoy the rest during the summer.

What do the kids think?  Here are 10 reasons (not in any particular order) they prefer summer over high school basketball:

High school proponents want to limit summer ball because they are threatened by its success, but basketball should be about having fun, and if players are enjoying summer basketball, what the hell is wrong with that?  If lovers of high school basketball want change, they need to consider very seriously what changes they hope to cause through their actions because forcing kids to choose between high school and summer could cause a serious erosion in talent from the high school game as many of the best kids may choose summer over high school without a second thought.

The system as it is today works for both.  By the end of the summer season, players are ready for the structure and fans of high school games.  At the end of every high school season, the kids can’t wait to see their summer teammates, and to play against the very best players in the country.

12 thoughts on “Summer vs. High School Basketball – 10 Reasons Why Kids Like Summer More”