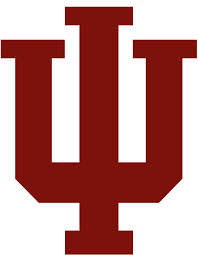 Everyone knows that the so-called experts haven’t got a license on prognostication any more than the women who watch one half on college hoops and then win their office pool, but the day of a huge game we need to know what the smart guys think.  The smart guys have weighed in without meaningful consensus.

It bears mention that Syracuse pops out future broadcast sports journalists like Kentucky sends players to the NBA (except the Orange kids stick around for four years).

The oddsmakers have installed Indiana as 5.5 point favorites, but that number isn’t a prediction for the game.  It’s an educated guess at the spread which will split the money – 50% for Indiana and 50% for Syracuse.

Here is a breakdown of the game from several respected guys who get paid for their opinions:

With the possible exception of occasionally turnover-prone Michigan State facing the turnover-swarming monster that is Louisville, there may be no tougher single matchup for any remaining Big Ten team than what Syracuse will present to Indiana on Thursday.

The Orange front line is big, lanky, physical and athletic, the kind of personnel that frequently gives Cody Zeller issues. The size and reach 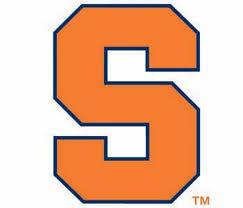 differences between 6-foot-4 Brandon Triche and 6-foot-6 Michael Carter-Williams and 6-footers-on-platforms Yogi Ferrell and Jordan Hulls make it hard to imagine how either will find unencumbered looks. Indiana prefers to play uptempo, ball-movement offense; when it gets mired in a 60-possession, half-court game, it stagnates. And more than anything, the only two areas where Indiana is legitimately weak — turnovers on offense and rebounding on defense — just so happen to be the two areas in which the Orange do most of their best work. Syracuse doesn’t shoot it well, but it turns you over and crashes the offensive glass, and if you can’t stand up to that, good luck.

(ed. note: This capsule perfectly states the quandary this game presents among competing experts, but in the same paragraph)

Thursday’s matchup should be a dandy. In some ways, Indiana (29-6) is a team perfectly suited to beat Syracuse, and the Orange (28-9) are exactly the kind of squad that can give the Hoosiers fits.

As much trouble as Indiana has had in settling into its offense, it’s possible playing against a zone will force the Hoosiers to be more together when they have the ball. Their nagging habit of one-pass shots would fuel Syracuse’s desire to get into the transition game. The Orange finish extremely well, and the more they run the less their limitations as a halfcourt offense matter. Ferrell, the Hoosiers’ freshman point, has faced few players at his positions with Michael Carter-Williams’ size advantage but might be able to use his quickness and strength to get into his body and make igniting the offense more difficult. But that’s only if Syracuse is forced to operate as a halfcourt team. Indiana always has favored a quicker tempo, but it would have a substantial advantage if it makes the Orange walk.

1. Indiana is 11-1 all-time as a No. 1 seed, with the resulting 91.6 winning percentage the best such mark for a top seed in NCAA Tournament history.

3. The Hoosiers are the sixth-best shooting team in the country (48.6 percent) while the Orange own the third-best field-goal defense (37.3).

I hate the 2-3 zone.  I think it’s a sell-out defense for teams that can’t defend like men.  Jim Boeheim has made millions recruiting to it and teaching it.  It’s his calling card, just as man belonged to Bob Knight.  As a result of my disdain, under no circumstance would I ever pick Syracuse to win – against anyone.  I would hate myself in the morning for winning by picking a team that relies on the 2-3.

So I pick Indiana, but this is a clash of styles and results.  Indiana shoots it great and is incredibly efficient on offense.  Syracuse causes offenses to miss a lot of shots.  That makes this a battle of execution.  When Indiana shoots better than 42%, they almost always win – the exception is the Illinois game.  Syracuse allows opponents to shoot 37.3% on average.  If Indiana moves the ball well and creates open looks, they win.  If Indiana can keep Syracuse off the offensive glass, they win.  If Syracuse can get Indiana to force shots, or shoot too early in the clock when they run their half court offense, Syracuse will make life tough for the Hoosiers.

If Indiana gets of to a good start, this one can get away from the Orange.  Indiana does not like having its rhythm disrupted, and a 2-3 allows for some rhythm.  This is elementary but true – if Indiana can enter the ball to the middle of the zone, they win this game easily.  If thy try to generate offense from the wing, it could be a long night.