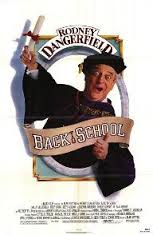 I get it.  Leaving Indiana University early in exchange for $10-million is a decision I would have made with glee.  When I was approved as a senior for a Sears Credit Card with a credit limit of $260, I threw a party.  Telling a kid not to leave is lunacy.

But that’s what I’m doing anyway.

College is a cocoon for late blooming adults who enjoy soap operas, beer, and opining.  There is nothing quite like it, and once it’s over, it’s over.  That sense of belonging is long gone once we leave, and it does not return.  Ever.

The friendships remain, but the daily interaction and feeling of shared misery and elation is forever lost.  There is a joy to killing time is college that is taken for granted.  Free time is fleeting once life starts, and for Indiana University guard Victor Oladipo, life is about the start.

The great Pauly Balst is famous for saying, “College is where I was most content.”  People have written books about the wisdom of returning to a collegiate lifestyle where worries don’t exist.  Don’t ring up debt, don’t spend more than you need to, and spend your days laughing.  Sign me up.

Oladipo will announce that he plans to short circuit his contentment for the riches that come to those drafted in the top ten of the 2013 NBA Draft.  That will take him away from Hoosier nation and to a city that hosts the team that might draft him.

I’ve seen mock drafts that have Oladipo going to Detroit at #5, and my question is whether Oladipo has ever been to Detroit.  Millions of dollars can make anyplace livable, but Detroit is the city that Memphis makes fun of.  But I digress.

Oladipo is a really interesting and centered guy.  I have no doubt he is going to be a member of the minority of professional basketball players who take care of their money, so the financial argument that NBA riches are fleeting won’t fly, but the lifestyle available in Bloomington is so completely singular and positive that a lot of hard thought should be given to sticking around for another year.

There are two great reasons to stay, and 18,000 pretty ones.

First is the bond shared with those on your collegiate team.  Those are friendships the likes of which he will never enjoy again.  Pro ball is a business without any significant level of camaraderie.  Teammates playing for their livelihood are less team oriented than Will Sheehey and Yogi Ferrell.  Coaches are less mentors, and more taskmasters.

The second is that another freshman class gives Oladipo a chance to help take six adolescents and educating them about the Indiana Way.  He could have a profound effect on those kids – something he could take pride in for years.  As they become upperclassmen, they would share the same messages of sacrifice for the good of the team.  Those six would also become future former teammates.  There is nothing like looking into the eyes of those with whom you have shared a meaningful challenge.

College is wasted on students, and Oladipo will announce this afternoon that he is foregoing 25% of his experiences at Indiana University in exchange for a ton of cash – literally a ton of cash.  He will do it with the same enthusiasm as I would have.

And he will regret it in 20 years, just as I would have.