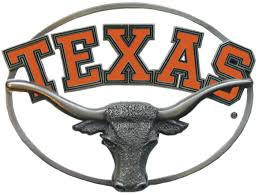 Texas needs to slide to the Big Ten or it’s going to get stuck by it’s own horns.

Physics is impossible to resist, and consistent gravity drawing the University of Texas to the Big Ten.  Commissioner Jim Delany will announce the expansion of the conference to 16 teams within the next three years, and Texas will be the 15th member.

What will happen eventually is that four conferences will amass 16 members each, abandon their NCAA membership, and form their own oversight organization that will allow them to self-govern in ways that suit them.

For the same group to enforce rules to regulate the athletic endeavors of operators as disparate as Alabama and Loyola of Chicago is lunacy.  Just as nature abhors a vacuum, human beings demand logic.  Logic requires that members of the SEC and Horizon League use separate business models and a much different legislative body to separate right from wrong.

The race for the Pac 12, SEC, Big Ten, and ACC to reach 16 members each will run through Texas, and the Big Ten is the partner that fits best because it’s the conference that is the most profitable.  The SEC is a superior brand, but when Texas A&M joined, Texas was effectively locked out.

Because Georgia, Florida, Kentucky, and South Carolina have bonded to form an alliance to exert state exclusivity against Georgia Tech, Florida State, Louisville, and Clemson.  Texas A&M will join that club to block Texas.

Texas is currently a member of the Big 12, which continues to degrade under the weight of the deal designed to save the conference that allowed Texas to form the Longhorn Network.  By allowing Texas to isolate itself in branding and ability to generate the cash available through subscriptions to the network, the Big 12 saved itself for the short-term, but signed its own death warrant.  The choice was Texas leaves the Big 12 and the conference collapses immediately, or allow Texas to print its own money and alienate the schools that it could lose but not die.

So Missouri, Texas A&M, and Colorado joined Nebraska in vacating the Big 12, and several of the other schools would bail if a superior option existed.

The game for the conferences is in gathering TV markets, and the monster in the realignment is Texas because the brand for the Longhorns is statewide, and that state has the fifth largest market (Dallas), #10 (Houston), #37 (San Antonio), #49 (Austin), and #94 (Waco).  That level of tonnage demands attention, and the Big Ten would become the unquestioned kings by coming to agreement with Texas.

Rutgers gives the Big Ten New York, and Maryland adds Washington DC and Baltimore.  Bringing Texas in would lock up 11 of the top 26 markets, including five of the top 10.

The motivation for Texas to leave the Big 12 is to maximize its negotiating position before the rest of the conference’s important members leaves.  Waiting until Oklahoma and Oklahoma State bounce to the Pac 12 would change the dynamic entirely.  Texas would move immediately from buyer to seller, and they would run the risk of being the tallest midget along with Iowa State, Baylor, Kansas State, and the other bottom feeders among those that might not be invited to play with the big boys when the final deal goes down.

Gravity demands Texas join either the Big Ten or SEC, and A&M, by jumping first, is now in the position to make the Big Ten the only viable option for what was formerly one of the biggest fish in the pond.

That pond is shrinking, and so is the fish.  The sooner Texas acts, the better.