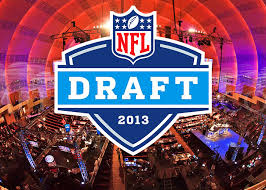 Former Colts GM Bill Polian would never tell the media anything about the team’s plans for the draft, so the Indianapolis media believes that no one will.

There are coaches and GMs who will absolutely layout team strategy.  Whether people choose to believe it is a different story, but while in St. Louis last year Rams coach Jeff Fisher laid out the whole strategy in detail a week prior to the draft.

He said that the Rams needed a lot of players, and that the team felt the draft was 50 players deep.  Fisher told us that they really needed a serious upgrade in the middle of the defensive line.  Fans wanted to hear about Justin Blackmon, but Fisher stuck to the impact player in the middle that he needed.  The Rams traded from #2 long before the draft to get the #6, a second rounder, and the Redskins first rounders in 2013 and 2014.

On draft night, the Rams traded with the Cowboys to move down to #14 and picked up the #45 overall.  They spun the #45 pick to the Bears for the #50, and picked up a fifth rounder.  The Rams parlayed the number two overall pick into a bunch of guys through the 2014 draft, and grabbed four players in the top 50, including first rounder defensive tackle Michael Brockers, who was taken with the #14 pick.

No one in St. Louis knew whether to believe Fisher prior to the draft, but he did exactly what he told the media what they would do.  The Rams were no worse for that honesty.

The point is that honesty prior to the draft asserts no penalty.  The paranoia that Polian seemed to enjoy is totally unnecessary.  Maybe it made the draft more fun for Polian, who knows, but there is no strategic advantage to it whatsoever.

There are so many mutations that could occur through the Colts spot at #24 that it’s completely impossible to forecast – even for GM Ryan Grigson – what the hell might go down next week.  The Rams hold two picks at #16 and #22, so their behavior will loom large as Indianapolis tries to plot its course.

Predicting the first five picks of the draft is almost impossible.  Projecting beyond that is an absurd exercise that is just slightly easier than filling out a bracket for the NCAA Basketball Tournament.  It’s fun, but not likely to be close to correct.

That’s why we’ll watch next Thursday, Friday, and Saturday.  Don’t forget about Saturday.  That’s the day the Colts stole Vick Ballard and grabbed LaVon Brazill.  Sure, none of us had heard too much about either before the draft, so what did those picks mean to us, but both were important cogs in a dynamic offense led by top pick Andrew Luck.

Fans love drama, and predicting the result of what is certain to be a night filled with surprises, but there is no telling what the Colts are any team will do Thursday.

For my money, I think the Colts will find a way to trade down to address multiple needs.  Lacking a second rounder is a big deal for a team with several weaknesses, and there won’t be a talent dynamic enough at 24 to  be a game-changer worth sitting until the third round for another selection.

But Grigson has no idea whether he’ll want to trade down yet, so what the hell do I know.  If they stick at 24, I’ll go with Jonathan Cooper (OG – North Carolina) if he’s still available, and either Datone Jones (DE – UCLA) or Alec Ogletree (LB – Georgia) if not.

I love Ogletree, who is one of those guys that leap off the screen while watching Georgia.  He is fast, has a nose for the ball, and hits with violence.  If he’s available at #24, forget what I said about trading down.