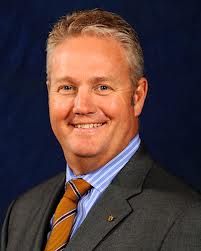 The buzzards are circling at Auburn University.  Selena Roberts authored a report with quotes from former players who allege grade altering, cover-ups of dirty drug tests, payments to top players, and spending on recruits during official visits that exceeds NCAA rules.  The school and former coach deny everything.

Of course they do, but they shouldn’t.  The truth of how big time college football programs operate is unpleasant.  Players are paid.  Grades are either altered or cupcake classes are prescribed.  Recruits enjoy their trips to campus for a variety of reasons the NCAA doesn’t endorse.  And we can’t handle the truth.

Coaches should stand tall like Colonel Nathan Jessup, Jack Nicholson’s character in “A Few Good Men” and shout, “You damn right we did it!  We paid the players, made sure grades were maintained, and waited until after the glory of the BCS National Championship before amending the rules to add spice (slang for synthetic marijuana) to the list of banned substances.  You know why!?  Because if we don’t, other programs will, and they’ll beat our asses on the field.”

Paying coaches millions and allowing them free reign to do whatever is necessary to win games rewards winning.  If it comes at the expense of everything else, that’s not a problem.  Show me a coach whose kids graduate with meaningful degrees but lose more than they win, and I’ll show you a future broadcaster with a sweet buyout.

Being a head football coach is a damn hard job with so many plates spinning that it’s impossible to keep them all from falling and breaking.  The plates that require the most attention are those that contribute to winning bowl games.  Grades, drugs, NCAA compliance other than APR requirements, and policing boosters who like to share their wealth are not among those plates.  They crash unnoticed unless someone in the media is smart enough to find chunks of them.

Boosters who write checks to athletic funds enjoy watching winning football, and one of the primary functions of an athletic director’s job is to raise money.  The validation that comes from those big checks is intoxicating stuff for ADs who enjoy sharing great news with university presidents.

The only disincentive for ADs and coaches to maintain any semblance of control over their “student-athletes” is the noise that results from the media sinking its talons into their nether regions, as Roberts has.

Auburn coach Gene Chizik was paid $7.5 million as he was fired after riding the football team from a national championship to 3-9 record in two seasons – actually, he is being paid in 36 monthly installments of $208,334.  They will keep rolling in as long as Chizik is not shown to have violated NCAA rules, so let’s forget about telling the truth.  Despite it being the right thing to do, forfeiting two hunsky a month for taking the moral high ground by admitting the morality in college football is in a river bed and not on a mountaintop is a bad call for a man with a family.

Getting 85 pampered jocks on scholarship to toe the line while in college is impossible, and no one should expect a coach to be responsible for the behavior of their players any more than a math professor should be.  Hell, getting telecom majors on a strict allowance to behave is impossible.  Doing dangerous/illegal things is what protects many college students from psychological incineration between boring lectures.

That football players at Auburn smoked spice does not reflect badly on Chizik any more than kids drinking underage sullies Notre Dame’s reputation.  It happens everywhere.

The only unpardonable sin for college football players at Auburn is talking about their sins.  The former athletes that spoke to Roberts are backpeddling faster than a first round cornerback dropping into coverage, and AD Jay Jacobs is refuting all charges.

The system is broken, and every once in a while, someone inside it tells the truth.  That sets off a storm of denial, posturing, and character assassination against the journalist who dared to ask the questions that elicited an honest response.

The hypocrisy in college football is transparent.  It would be wonderful for the people running this crazy game to step up and admit their role in perpetuating it.  Thieves copping to their crimes would be nice too.  Neither will happen any time soon.

As long as the rewards for winning are so enormous and penalties for losing so punitive, the cycle of rule breaking and denial will go on and on and on.

If Auburn should pay, so should damn near everyone else.