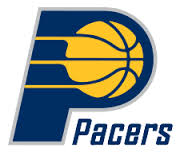 Young teams in the NBA learn from mistakes.  The Bulls in the late-1980s couldn’t out tough the Pistons, or they would have won championships.  The Pacers themselves couldn’t get by the Knicks and Bulls in the mid-1990s.  The Jazz and Suns never got over the hump in the 90s either.  LeBron’s teams until last year – same deal.  A big part of the equation in winning a championship is talent, but part of it is a conscious decision to do anything to win.

The Pacers aren’t picked to win the NBA title this year.  They were the third seed in the East, so if the Knicks close out against the Celtics, it’s likely they would have to win three series on the road to hoist a big banner.  That’s a difficult course to the crown.

But the Pacers can out tough the Hawks to end their season.  The Hawks played Sunday like they would be just as happy moving toward the light.  The Hawks are scheduled to lose more than half their roster to free agency (Josh Smith, Devin Harris, Zaza Pachulia, Kyle Korver, Johan Petro, and seven others will be free agents), and it appeared that most of those had already checked out.  Josh Smith was near his averages in game one at 15 points and eight rebounds, but he sure appeared disinterested.

A guy playing for his next contract on national TV should be able to bring more than that, but maybe playing for a coaching staff that thought matching up Kyle Korver on Paul George was a good idea was too demoralizing.  Regardless, out-toughing Josh Smith shouldn’t require much effort.

The Pacers are capable of toughness, but the primary barometer for sack remains the NBA’s Most Improved Player for 2013 Paul George.  When he goes to the bucket and creates contact, he is a dynamic beast of a scoring machine.  When he settles for jump shots, the Pacers play soft, and are capable of losing to anyone.

The Hawks were upset about the disparity in foul shots in game one of this series, as the Pacers took 34 to the Hawks 14, but that’s what happens when a tough team plays a soft team.  The Pacers were in the bonus with 9:26 left in the second quarter, and free throws ensue when five fouls are committed in the first 2:34 of a quarter.

The first shot for the Hawks in each of the four quarters were jumpers from 20-feet, 27-feet, 26-feet, and finally a three-footer from Johan Petro.  Josh Smith scored 10 of his 15 points in the paint on five-of-six shooting.  Outside the paint, he had five points going two-for-nine, including one-of-five in the first quarter.  That’s the kind of tone Pacers fans need to hope Smith sets in tonight’s game.

In the first quarter, the Hawks settled for 15 shots (six makes) outside the paint, and took six inside (four were good).  The Pacers were eight-of-ten inside the paint, and five of-11 from outside.  As you might guess given the shot selection, the Pacers had a six-to-two advantage at the line as they built an eight-point lead.

Go inside, get fouled.  Shoot jumpers, no fouls.  That’s true at every level of basketball, and it will be true again tonight, as the Pacers can effectively end the series by asserting their will and taking a 2-0 lead with games three and four in Atlanta.  If the Pacers win tonight, the Hawks will need to win four-of-five games, including at least one in Bankers Life Fieldhouse.  The malaise the Pacers showed after the seeds were all but wrapped up late in the season made them look vulnerable to such a run, but Sunday’s effort makes it seem improbable that they could lose four after going up 2-0.

Even less likely is anyone but Indianapolis native Jeff Teague playing for the Hawks like they want to delay the annual offseason trips to exotic locales any longer than necessary.

The shame is that Josh Smith is going to continue making more money each year than any five of us will in our lives for not pursuing his potential.  The former Indiana University commit made $13.2 million this year to bring his career earnings to $64,339,623.  That’s a lot of cash for playing soft, and someone is going to give him that kind of contract again.

The Pacers need to sack up, play with urgency, and remove all hope.  If the Hawks want to head to Cabo for two weeks of R&R, let them.  Everyone needs to go to the rack on the offensive end, and make Smith pay for doing anything but shoot jumpers.