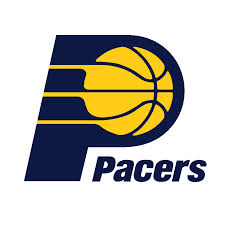 If the Indiana Pacers want to be taken seriously as a threat against the Miami Heat, they need to rise up and win this pivotal game four tonight against the Hawks in Atlanta.

To blow both opportunities to put this series on ice against a team that is going to scatter in the wind as soon as free agency opens would be a significant barrier between the Pacers and the redemption they seek as they battle for a more significant percentage of the sports ticket dollars being spent in central Indiana.

The Hawks are a disparate collection of ill-fitting parts who looked like they were itching to spend some of their cash on an early vacation when they laid down in front of the Pacers in games one and two.

A loss tonight wouldn’t doom the Pacers in this series, but it would breathe life into a Hawks team that deserves none.  The Pacers would still be favored to with the two remaining games at Bankers Life Fieldhouse, but to be taken to six or seven games by Josh Smith and Jeff Teague would force Pacers fans to recalibrate their mood and confidence.

Atlanta fans don’t deserve to see that team win.  Atlanta is the polar opposite of St. Louis, where everyone is originally from there.  If people from St. Louis asked their famous question, “Where’d you go to high school?” the answers would be from everywhere but Atlanta.  No one is from there, and no one gives a damn about the Hawks.

It’s an indifferent sports town to begin with, but the response from Georgians to this rag-tag (and not in the romantic way) bunch who are already packed to leave town is cool bordering on frigid.  I called three sports fanatics who live in Atlanta to ask about their interest in the Hawks vs. Pacers series.  All three responded exactly the same way.  First, there was silence.  Second, laughter.  Third, admonishment for wasting their time.  They wanted to know whether I had lost my mind.

If Indy natives think there is indifference surrounding the Pacers franchise, they should talk to my friends from Atlanta.

They do care about the Bulls, Pacers, and Knicks, who rep their three hometowns, but have no love at all for the Hawks.  They have no hate for them either.

To prove themselves worthy of the new found love Hoosiers feel for the Pacers, they need to show up tonight – and finish the deal.