The Pacers @ Hawks, and Knicks @ Celtics start the action at 7p (ET, and the Thunder @ Rockets and Clippers @ Grizzlies wrap up a night filled with game sixes.  All that’s missing are staggered start times, so fans could see the finishes to every game.

The Knicks, Pacers, and Thunder will try to close things out on the road, while the Grizzlies get a bite at that apple in Memphis.  There is intrigue in all four of the series. 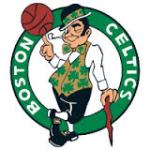 The elderly Celtics trying to arise from the down 3-0 ashes to stage a never before comeback against the arrogant Knicks has turned me into a big Boston fan.  That didn’t keep me from enjoying the Knicks wearing mourning suits to Madison Square Garden for Game Five.  There isn’t enough fun in sports, and the suits were fun.  I’m going to hope the Celts can get the job done for three reasons:

Based upon ESPN mathematical models, the Knicks have a 51% chance of closing out the series tonight. 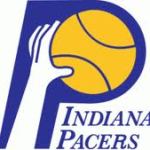 This is a series that has been frustratingly non-dramatic.  Every game has been won by the home team and all by double digits.  During the three games in Indianapolis. the Hawks looked like a team ready to be scattered in the wind by free agents who can’t wait to bolt Atlanta. In Atlanta, different team entirely – Josh Smith and Kyle Korver go from ineffective wretches to all-stars.  The Hawks are a team with zero affinity for one another, and that’s one of the cool things about basketball – reading the psyche of players is very easy.

The Pacers appeared to figure some things out in Game Five.  Frank Vogel’s matchups and rotation were effectively adjusted, and if they get the same play out of David West and Paul George, this series will be over.

It’s time for the Pacers to grow up and behave like winners on the road as they do at home.  Playing with great energy on the road takes discipline, and this is a young team that may be lacking in that area.  On the court and off, the focus needs to be on winning, and that takes each player making a decision that winning is the most important this in their lives.

Based upon ESPN mathematical models, the Pacers have a 47% chance of closing out the series tonight. 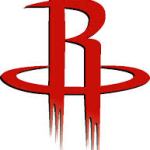 The Thunder are not nearly the same without Russell Westbrook, who is out with a surgically repaired meniscus.  But they do have the second best player in the NBA in Kevin Durant.  The Thunder looked lost in the fourth quarter of their Game Four loss as Durant was shutout after scoring 36 through the first three.

I hated the fouling Omer Asik strategy employed by Thunder coach Scott Brooks.  Asik is a career  54% free throw shooter, but converted 8-of-12 during the fourth quarter of Game Five, as the Thunder fouled him away from the ball on six consecutive offensive possessions during a 1:40 period beginning with 5:33 left in the game.

Brooks tried to get clever instead of giving his players the opportunity to sack up and defend.  Strategy that puts players in the best position to succeed is a coach’s job, not dreaming up some piece of ill-conceived trickery.  Even if Asik had shot to his percentage, the Rockets win.

Based upon ESPN mathematical models, the Thunder have a 53% chance of closing out the series tonight. 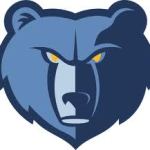 Zach Randolph of Marion, Indiana, is an interesting character.  He’s averaged 17 points and 9 boards for 12 years, and cashed paychecks totaling $120 million dollars – easily more than the career earnings of the other Memphis hero.  At the time he died, Elvis Presley was worth what Zach has in his pocket.

Randolph called out Clippers forward Blake Griffin for being a game time decision tonight by saying, “This is the playoffs, man.  It’s a big boy game.”  I like a guy who calls out an opponent.  It makes the game more interesting.

The Grizzlies are a fun team to watch with two outstanding defenders.  Marc Gasol was the NBA’s Defensive Player of the Year this season, and guard Mike Conley has been one of the best defenders at every level he’s played since the sixth grade.  He’s quick and incredibly smart.

I hate the lack of logic that the Grizzlies represent.  There is not a grizzly bear in the wild within 1,300 miles of Memphis.  Inheriting the mascot of the Vancouver Grizzlies was just lazy.  Although when the landmark a city is best known for is a restaurant with great barbecue, maybe there wasn’t a better option.

Based upon ESPN mathematical models, the Grizzlies have a 55% chance of closing out the series tonight.

There aren’t many nights on the sports calendar that belong to the NBA, but tonight is one of them.