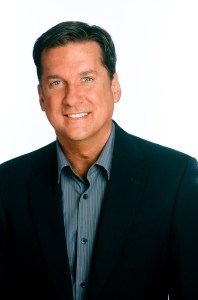 Making mistakes is nothing new for me.  Throughout my life, I’ve made decisions that required subsequent corrective actions, and moving to St. Louis definitely qualifies.  I’m good at trying things, and I’m also good at knowing when things fit and when they don’t.  Despite working with some of the best people I’ve met in my life, and hoping they remain friends forever, moving four hours west two years ago qualifies as an error in judgment.

The lessons I learned in St. Louis will serve as sufficient reward – in addition to the friendships – and because it’s a slow news day I thought I would share them.

10 – Managers cannot be friends to those they manage.  The necessary separation between manager and talent bugged me in St. Louis, probably because I was not friends with the staff at 101ESPN before moving there – unlike Indy.  There is no way that someone with the responsibility of hiring and firing staff can be friends with them, and I didn’t like that.  There are some pieces of information that cannot be shared between the manager and staff, and that means trust is impossible to earn.  I hated that separation.  The talent and producers at 101ESPN were such good people that I felt like I betrayed them as friends when I couldn’t be completely forthcoming, but being honest about staff changes is impossible.  I don’t like a lack of transparency with people whose trust I try to earn.

9 – Being in the room can suck.  In Indy, I always wanted to be in the room when big decisions were made.  I felt that if I said or did the right thing, I could help steer us away from mistakes.  There is something to be said for showing up for work, doing your job, and going home to enjoy your family.  This certainly wasn’t a St. Louis specific lesson, but my enjoyment in being in meetings where the direction of people’s lives were determined has waned.  I like people reading what I like to write and them listening to what I believe is important on the radio.  If people want to discuss that in a conference room, wonderful.  I’ll pass.

8 – I am much happier providing content than managing it.  Writing and talking are fun – really fun – for me.  Managing people who do one or both well is what I have been rewarded for, but that I’ve only had the stones to use content creation as a stop gap between opportunities is a disappointment to me.  Writing and hosting is why I wanted to get into radio and digital content production in the first place.  I’m going to figure ot how to make money doing what I love and stop trying to figure out how to love what I can get paid to do.

7 – I’m not happy being alone.  Life loses purpose for me without contact with someone I love.  I would like to be a guy who could sit alone, laugh, and enjoy myself.  Being with strangers is no good.  I went to dinner alone a couple of times in St. Louis, but I would wind up eavesdropping on those who sat close by.  The conversations were insipid and useless.  The only thing worse for me than being involved in a pointless conversation is to be a witness to one.  Maybe when I’m 70, I’ll be freed up enough to insert myself and correct ill-conceived perspectives, but right now, it’s impossible to not be passive and annoyed.  I was constantly reminded of “Seinfeld”, where Jerry doesn’t want to go to a movie alone because to whom is he going to make sarcastic remarks?  Talking to strangers is misery to me, and having them talk to me is worse.

6 – People who work for sports franchises don’t need to be egomaniacs.  Working with front offices for the Cardinals, Rams, and Blues opened my eyes to how things can run when good people are in charge.  There are some teams in pro sports that take themselves a little too seriously, and tend to treat people in the media – and their fans – with indifference.  In St. Louis, the teams are run by good guys who are self-effacing, honest, and reasonable.  I loved the staffs for all three teams in a way that was impossible with the Colts and Pacers.  Faces have changed with the Indy teams, so my hope is that the behavior has evolved.

5 – Cities are different.  There is a sense among Americans that all American cities are alike, but that is untrue.  St. Louis is a very different place from the other cities where I have lived.  It’s the first place where I’ve lived where I knew absolutely no one when I moved there, and St. Louis is not a great place for that to be the case.  Each of us can only be from one place, and some cities welcome outsiders.  Atlanta, Dallas, and Indianapolis are places where people move often.  Some people are native, but not so many that it becomes an issue of status.  It’s the opposite in St. Louis.  Everyone, it seems, from St. Louis has always lived there.  Many people in St. Louis are wonderful and welcoming, but overall the city does not confer resident status.  Moving to St. Louis is like pledging a frat, but never being granted full membership.

4 – Work ethic is key to great radio.  The staff at 101ESPN never mailed in a segment – not once.  The producers put together great show plans, and the talent executed with energy.  Their consistent behavior proved to me that hard work can be done everyday, and that mailing it in once in a while isn’t endemic in radio people.

3 – The Cardinals have it figured out.  I’ve written about this a couple of times, but as a lifelong serious Cubs fan, I was amazed by the professionalism of the Cardinals.  They are pros on and off the field, who continue to do the right things to win fans and championships.  They are good people who hire good people.  Do that long enough, and the stands stay filled despite the market size.  How the Cubs can catch them is the question fans should ask owner Tom Ricketts, president of baseball operations Theo Epstein, and GM Jed Hoyer.  it’s not enough to improve, they have to improve relative to their competition, and the Cards show no signs of recession.

2 – Indianapolis became home.  Not sure when it happened, but this place has grown on me over the past 20 years.  When I came back for a few days of work for the NFL Combine and SLU vs. Butler game, people seemed genuinely happy to see me.  That was a surprise, and cemented in my mind that somehow, I belong here.  Chicago is where I grew up, and where friends and family remain, and maybe someday I’ll head back, but Indianapolis is a solid place with good people.  When I had lunch Friday, a group of three men I hadn’t noticed got up from the next table.  Governor Mike Pence was among them.  I said, “Mr. Governor.  Congratulations!”  He replied, “Thanks, Kent.  How’s your son?  What’s he up to?”  I don’t know the governor in 49 states, but in Indy, he’s a friend with whom I used to work.

1 – Valuing professional opportunity over family is idiotic.  I had always been curious what it would be like to run the programming for a talk station with more focus on product rather than expense, and this was a great opportunity to do that.  Hubbard Radio is a product first company, and they were willing to invest in great talent.  Had I not gone, I would have missed the chance to help a great station evolve forward.  The price for that was two years away from my wife and son – at least on a daily basis.  That’s too steep.  If I ever move again, we are going as a group.