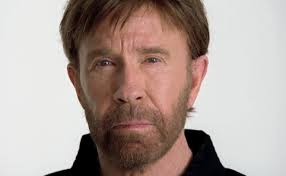 Chuck Norris weighing in on Tim Tebow as an NFL quarterback keeps this non-story of his unemployment rolling for another week.

The 32 NFL general managers can breathe easy this morning.  Finally, actor Chuck Norris has provided his much sought after and invaluable evaluation of Tim Tebow as a quarterback.

Tebow’s detractors thought that the NFL’s reluctance to employ Tebow had something to do with his mechanics that lead to inaccuracy.  His supporters are sure it’s because of the overt anti-Christian bias at work among GMs and owners.  Now they can all rest easy because America’s mixed martial arts pioneer has declared Tebow “an ultimate clutch player” and “a winner.”

The former star of “Walker, Texas Ranger” loosened his hairpiece long enough to vent to the tune of 1,084 words of neverending support for Tebow because of his leadership, determination, and inspiration.

Tebow’s ability to win has obviously been dismissed by people who ironically are paid for their ability to do just that, according to Norris.

Norris asks in his column at newsbusters.com, “What sportsman ever could forget how that amazing second-year QB came back from a 15-0 disadvantage to the Miami Dolphins to lead the Broncos to an 18-15 overtime victory and then led Denver to six wins in its next seven games and into the playoffs, beating the highly favored Pittsburgh Steelers in a wild-card game? It was the Broncos’ first playoff victory in six years.”

What caused the Broncos Executive VP of Football Ops John Elway and coach John Fox to forget was that the only win among Tebow’s last five starts was that wild card game against the Steelers.  That failure came after NFL defenses adjusted to the only offense Tebow could effectively run.  What caused the rest of the NFL to forget was the worst completion percentage of a quarterback to start at least 14 games since the beginning of the 2010 season.

As a credential to wax poetic about Tebow’s chances for success in the NFL, Norris offers, “I have been an athlete all my life, being a six-time undefeated world middleweight champion in the martial arts, and I know a winner when I see one.”  Incredible the NFL doesn’t turn to him for advice more often.

Norris implored Shad Khan, the owner of the Jacksonville Jaguars to heed the words of Martin Luther King Jr., “There comes a time when one must take a position that is neither safe nor politic nor popular, but he must take it because conscience tells him it is right.”

Yes, signing a hometown hero who led the home state Florida Gators to two BCS National Championships and won a Heisman Trophy would certainly be an unpopular move for the Jaguars franchise.  This team with the current choice of Chad Henne and Blaine Gabbert as its quarterback would be vilified by fans.

The supporters of Tebow are almost unanimously devout Christians, and Norris qualifies there.  I’ve never heard of a religious component to the Wunderlic Test, or an onfield advantage being assigned to Christians, but there sure is an outcry from that specific community about the continued unemployment of their second favorite miracle worker.

There is one piece of unassailable truth Norris offers, “Whatever you would pay Tebow would be recouped tenfold by the increase in attendance and the fan base. With Tim as the QB for the Jacksonville Jaguars, the team would add thousands (if not tens of thousands) of additional fans to the stadium, including me — even though I don’t live in Florida!”  Yes, Jacksonville would reap jersey sales that would be the envy of every team in the league, and coverage on ESPN they will never be able to net otherwise.  If RG3’s Heisman was worth a quarter of a billion dollars to Baylor, as the university asserts, Tebow will bring twice that.

The easy call for Khan would be to mandate the signing of Florida’s favorite son.  What’s tough is to turn away from all that cash in the interest of building a legitimate NFL team, rather than a novelty act that NFL defenses will be ready for – as they were at the end of the 2011 season.

I would love for the Jags to take a chance on Tebow too.  It’s the only way this argument comes to closure.  Can Tebow win consistently in the NFL?  The experts to whom I have spoken are unanimous in saying it’s not possible.  But I do know that if having a devout Christian as quarterback helped win games, there would be 32 starters who would quote scripture in postgame press conferences.