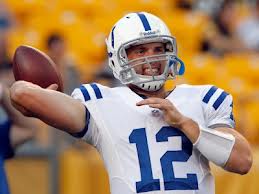 Overachieving by 3.8 wins is a remarkable accomplishment, but should fans anticipate a similar season in 2013 with Andrew Luck moving into his sophomore season?

Coach Rick Venturi spent 27 years as an NFL assistant coach, where he one of the most respected defensive coaches in football.  The same work ethic that made Venturi so valuable as a defensive coordinator makes him one of the best analysts in media.

When we enjoyed a lunch at Wolfie’s in Noblesville recently, I asked him about whether the Colts overachieved in 2012.  Was 11-5 real, was it Luck, or a combination?