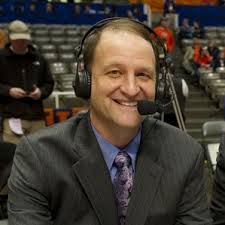 Dan Dakich is one of my favorite sportsradio hosts because he says interesting things and is able to back them up with an impressive litany of reasons.

The only national media person to say that the Pacers are the better team, you disagree with Dan at your own peril.  He’s not always right, but his track record is damn impressive.  When Dan talks about basketball on 1070 the Fan in Indianapolis, you better listen to him.

Here’s a brief anecdote to give you a glimpse into the quirky wisdom Dan brings to his commentary whether behind a microphone or not.  Financial wizard Paulie Balst, Dan, and I went to Game Seven of the 2003 NLCS between the Cubs and Marlins.  In the top of the first with Juan Pierre on third, Ivan Rodriguez came to the plate with one out to face fireballer Kerry Wood.  Dan leaned over to us, and repeated, “Boys, I don’t know art and I don’t know music, but I know sports.  Wood should drill Pudge in the back with a fastball.”  I asked why.

“Because Pudge is hotter than hell, and he’s gonna get on anyway.  Carlos Beltran is a 20 year old rookie,” Dan answered.  “Why not give the kid something to think about.”

Rodriguez walked, and Beltran launched a three-run homer.  I looked at Dan, and he said, “Boys, I don’t know art, and I don’t know music.  I know sports.”  Yes he does.

So when Dan says that the Pacers are better than the Heat, I know this isn’t some slap trying to pick a fight on Twitter.

Dan also said that the fault of the last play of Game One was unfairly conferred by the media, including me, on Pacers Coach Frank Vogel.  LeBron James getting to the rim was due to Paul George making a poor defensive play.  He says there isn’t a coach in the world who would have allowed Chris Bosh an open jumper.

He said that as a second team all-defensive player, George should have been able to get decent defensive position, and that Vogel was right to trust him to do that.

Dan’s perspective is not contrived – it’s an honest appraisal from a guy whose professional life has been to enact basketball strategies far more complex than ordinary fans can fathom.

That’s not to say that agreeing with Dan is the only option, but it’s a good one.

For me, I would have abandoned the inbounder – Shane Battier – and put Hibbert underneath as a one man zone.  If Battier beats me with a three on a return pass, so be it.  That would give Battier an unobstructed path to whatever target he chose, but five defending four would be a scenario I could stomach.

But the point isn’t really what should or shouldn’t have been done to stop the Heat with 2.2 seconds left in a one-point game.  It’s that Dan Dakich says really interesting things that are not on the beaten path of the perspective churning world of sportstalk.  He’s unique and dramatic without selling out.

Dan says that the Pacers are money tonight.  The spread is Heat by 7.5, and Dan says take the points because the Pacers will win outright as they are the better team.

One thought on “Dan Dakich Says Pacers Are the Better Team in the Indiana vs. Miami Series”