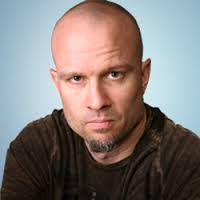 I love Gregg Doyel as a writer.  He’s angry, funny, and shares his version of the truth with enough hyperbole to make it interesting.  I hope I’m half the writer he is when I grow up.  His segments with Dan Dakich on 1070 The Fan in Indianapolis are some of the best radio I’ve heard.

Two days ago, Doyel called out Dwyane Wade for being a dirty player and words and used video compilations that show plenty of Wade’s mean spirited antics.  Of course, he’s right.  Wade has devolved into a shell of the player he was when healthy.

People who read Doyel’s column took offense, and the critics included ESPN’s Mike & Mike.  Golic jumped up and down a little bit saying that Doyel embellishes everything – which is his job.  Being clever as a columnist isn’t a crime, it’s a requirement.

Golic is one thing.  He’s paid to talk on ESPN Radio, and he’s good at it.  Sometimes the comments remind writers of who reads their work, and like a Hoosier going to the State Fair and being reminded of who else lives here, it can be unpleasant and vexing.  Here is a sample:

There are comments that agree, but that’s a representative group of dissenters, and reflect the mindset of most of the cranks who disagree.  They name call, and then carp about how the writer doesn’t have the guts to say what he believes to the subject’s face – like it’s a columnists job to track down the subject of every negative piece and confront the guy.

Most of the time, when possible the good writers do exactly that.  Doyel doesn’t seem like the kind of guy who would hide in a corner to avoid Dwyane Wade or anyone else.  The majority of the athletes and coaches respect the people who write their minds and show up the next day.

It’s Doyel’s job to tell the truth as he sees it, and he does it with humor and grace.