Yesterday, it was the top ten douchebags turn.  Today, we turn to five damn good people who play sports.  This is by no means a comprehensive list, but are people that I really like for a variety of reasons. 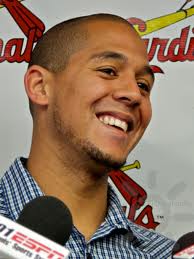 Jon Jay’s easy smile and generosity make him one of the truly good guys in sports.

5 – Jon Jay  The St. Louis Cardinals is a slick fielding center fielder whose offensive productivity was solid before this season, but none of that has anything to do with why he’s a nice guy.

Jay lived in the same building that my wife and I called home for almost two years, and my wife chatted him up in the elevator in early-October of 2011.  Julie had no idea who Jay was when he got on, and she asked, “Big plans for the weekend?”

He looked at her quizzically, and responded, “I’m going to Philadelphia.”  Julie told Jay to have fun.  He was on his way to play in Game Five of the NLDS.

The reason Jay makes the list is that every now and then Jay would go clubbing, and would call a person at the building for a ride back to the building.  That person’s car died one night, and when Jay called for a ride, the guy told him that the car was dead.

Within a week, Jay brought the guy around to the front of the building to present him with a new car.  He told the guy, “Can’t have my man without a ride.”  Jay also included an envelope filled with cash to cover the license, registration, and a significant amount of gas.

Jay is no multimillionaire either.  He’s never made more than $524,000 in any season. 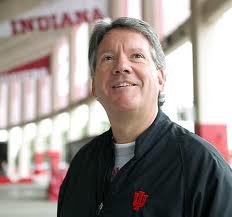 Fred Glass does what we should all do – enjoy his work.

4 – Fred Glass  Fred is the athletic director at Indiana University not because being an athletic director is his business, but because it sounded like a cool thing to do.  While many ADs spend there time trying to impress everyone with what they know, Fred goes to work everyday trying to make the experience of being a student-athlete more rewarding for Hoosiers.

He does cool things without trying to outsmart the system. and he is the principal architect of the Excellence Academy at IU – a place where athletes have access to everything they need to achieve once they enter their professional lives.

Under Glass, Indiana athletics have progressed to the point where it is ranked third (tied with Michigan) in the country, just behind Duke and Alabama. 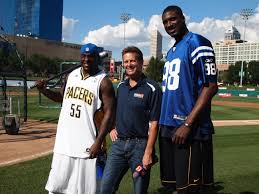 You don’t realize the size of Roy Hibbert’s heart until you meet him.

3 – Roy Hibbert  The Pacers center is as nice as he is tall.  He has a big laugh, and I’ve never seen him anything but very friendly with fans.

Hibbert buys a block of tickets for fans in Area 55, who were nutty and loud when the Pacers product demanded neither.

The Indiana Children’s Wish Fund will be the beneficiary as Hibbert and Colts defensive end Robert Mathis host the Fifth Annual Celebrity Softball Challenge in memory of Caroline Symmes at Victory Field one week from today (June 13) from 5p-9p at Victory Field in downtown Indy. 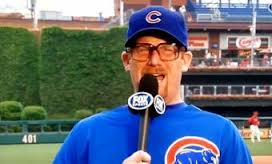 2 – Ryan Dempster  There was always a lot to like about Dempster when he was a Cubs pitcher.  He lived in the neighborhood near Wrigley Field, and while many players drive tricked out and crazy expensive cars to the ballpark everyday, Dempster rode his bike.

He competed like hell, agreeing to transition from the starting rotation to closer, and always working hard to make fans smile.

Then in 2009, Dempster’s daughter was born with DeGeorge Syndrome.  The insidious genetic affliction caused her to spend her first ten weeks in the hospital without the ability to swallow.

Dempster responded by founding the Dempster Family Foundation which raises awareness of DeGeorge, and supports research for its treatment.

His Harry Caray impression is really more an impression of Will Ferrell impersonating Harry Caray, but his enthusiasm in performing it is always top notch. 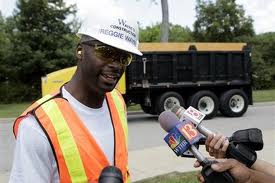 Reggie Wayne shows up at training camp ready to help build the Colts another winning team.

1 – Reggie Wayne  In an age when wide receivers appear to have a common behavior disorder, Wayne does his job with a smile and treats everyone he meets like an equal.

Wayne will turn 35 late in the 2013 NFL season, and shows no signs of slowing down having caught 106 balls (the second highest number in his career) in 2012.  If he has a reasonably productive 2013 and 2014, Wayne will move into third place all-time in receptions, behind only Jerry Rice and Tony Gonzalez.

He is one of the best to ever play wide receiver, but he has managed to remain a completely normal human being.

Reggie was an attendee at one of Eddie White’s annual Christmas Extravaganzas, and while he was being fawned over by women at the party for having a superior posterior, Reggie was gracious and decent.  The borderline creepy display by the broads did nothing to turn Reggie surly or creepy.  He smiled and deflected the inappropriate liquor fueled praise.

He is always every bit as graceful with fans as he is on the field.  Bill Polian drafted him 30th in the 2001 NFL Draft, and his work ethic lands him as the third most productive player in that draft, just behind Drew Brees and LaDainian Tomlinson.  His work in the community makes him an even better citizen in Indianapolis.