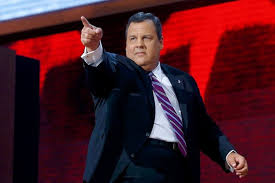 At some point, you have no choice but to get pissed, and I’m pissed.  I have no idea whether Mike Rice and Tim Pernetti are upset with being fired (Pernetti officially resigned, but if Rutgers would still have him, he would  still be AD) at Rutgers for their roles in the abuse of Rutgers basketball players, but I steaming about this a little more everyday.

It’s not that Rice shouldn’t have been fired.  He should have, but the ax should have swung much more quickly than it did.  As soon as anyone knew he was throwing basketballs at his players and calling them inappropriate names, he should have been gone.

Not sure why managing 20-year-old athletes is different from managing 40-year-olds in business, but I can tell you that if a manager at any business where I have worked called a subordinate a “f**king fa**ot,” that person would be immediately dismissed.  If that person had also hurled a basketball at the worker, the police would also have been summoned.

Why Pernetti was unaware of this recurring insanity is anyone’s guess.  Monitoring coaches would seem to be an important part of an AD’s to-do list.  When he saw the video, Pernetti paid a visit to the university’s counsel, and then acted based upon that advice by suspending Rice for three games and fining him $75K.

There is no way Rice should not have been fired, but that he was led to believe that his job was safe until copies of the video found their way to ESPN and many other media outlets is an absurdity that defies belief, and gives Rice some wiggle room to enjoy moral superiority because, well, no one else is worthy of it.

As for Pernetti, the mangling of his responsibilities to protect the interests of the Rutgers University student-athletes is well-documented.  Not sure how any man would see a tape of what Rice did and said, and would fail to act decisively, but it’s possible that in these times of attorneys and litigation aversion dominating all decision-making that he was not acting of his own volition.  He might have deferred to both Barchi and the school’s lawyer.

This entire pitiful episode cast Rutgers as a poorly run camp for wayward lackeys, and Barchi as the head boob.  Somehow, he has managed to keep his job, and there is a good reason for that – Governor Chris Christie doesn’t want any of this mess to stick to him.

If Christie recommends the removal of Barchi, then he owns every miserable mistake the new president makes.  If you’re a smart guy, and Christie is a smart guy, you hold on to the moron until the right moment and then punt his ass.  Christie only gets one chance to fire Barchi, and that bullet will not be used until it’s absolutely necessary.

That is the part of this baffling drama that should frost both Rice and Pernetti’s nuts (as well as anyone with a craving for justice and truth) – that none of this has anything to do with what is right, wrong, or in the massive gray expanse in between.  It’s all political, and as Hunter Thompson wrote, “When the going turns weird, the weird turn pro.”  Christie is a pro.

When Eddie Jordan was found not to have a degree, and soon-to-be AD Julie Hermann was outed as a former abusive volleyball coach while at Tennessee, neither episode rose to the level that required Barchi’s removal, but the relentlessness of the minor explosions leave Christie with no choice but to wait for the big boom.

Because of that, Barchi continues to be allowed to bounce clankily around the halls of Rutgers believing that somehow he remains in charge because his business card says “President.”

The truth is that Barchi’s a dead man walking.  The bullet in in Christie’s pocket, and again in Thompson’s words, “The hog is in the tunnel.”

So this is another magnificent reason to get angry at the absurdity of life in 2013 America.  The smart guys never do what’s right because it’s right.  They act to limit liability because if nothing is your fault, you don’t lose.

The buck stops over there!  How presidential.