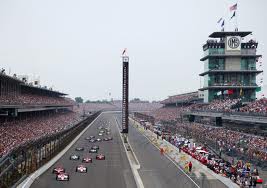 [ed. note – Since posting earlier this morning, I have added an 11th necessity to the list below.] The Indianapolis 500 has not exactly been nimble in evolving forward throughout the years, and as a result there is eroding local interest and entrenched national apathy in the Greatest Spectacle in Racing.

Creative thoughts from an outstanding leader are bubbling from 16th and Georgetown, and they give Indy 500 fans reason for hope that at some point decisions will be made based upon what makes sense and what will be cool rather than forcing fans to care less year after year about one of the formerly great events on the sports calendar.

There have been many men who have said the right things about moving the Indy 500 and the month of May forward, but have failed to make more than minor cosmetic changes.  Miles needs to be the guy who gets it done, or the Indianapolis 500 might drift beyond the point of no return.

If you’re offended by someone pointing out massive problems with adhering to the history of the Indy 500 as a sign of disloyalty, get over yourself.  Talk to a friend living in a different city, and many have only the vaguest notion that the race is still run.

Curt Cavin has had the unenviable job of covering the comings and goings at the Indianapolis Motor Speedway for years, and continues to do an excellent job.  His ongoing coverage of the passion of Hulman CEO Mark Miles has brought a smile to me face several times over the past two weeks.

There are some facts that Miles has to deal with – like the national TV ratings for the Indy 500 being equal to the ratings for the least watched NASCAR event, like attendance on meaningless practice days being closer to that of a family reunion than a sporting event, and that only three days on the May calendar at the IMS are compelling even hearty race fans to come out.

Reviving interest in Indy is a great challenge for a guy who has met many in the past by understanding that cool plays.

Miles talks about more concerts, and more races.  Both would help drive additional attendance, but the key to getting people to give a damn about this race is to provide drama.  Without drama, racing at Indy is about cars going around in circles while old men talk about how cool it was to see Bill Vukovich win back-to-back 500s in 1953 and 1954.

IndyCar doesn’t have the luxury to engage in the same hard racing that can exist in NASCAR, and that’s a problem, but it can be overcome.  “Rubbin’s Racin'” doesn’t work with Dallara chassis that are far too fragile to run, but there can still be some rivalries in IndyCar that become meaningful.

The drivers in IndyCar are so relentlessly nice that it’s impossible to root against any of them, and that is a huge problem.  When was the last time an IndyCar driver was booed?  I can’t recall it happening once, and without villains, heroes can’t exist.

Speed is compelling, so Miles has issued the challenge of setting a new track record by 2016 – the 20th anniversary of the last record set by Arie Luyendyk.  That’s a start, but the list of ten initiatives below can’t hurt:

11 – Televise the Indy 500 LIVE in Indianapolis.  The days of anyone believing that the live telecast of a sporting event deters attendance were over 20 years ago.  There are kids in this city who’ve never seen the race, and so have no idea how cool it is.  It’s insane to willfully ban the segment of you population most interested in watching the race live.  Until this arcane ban is corrected, the message is the same as when Indiana refused to participate in Daylight Saving Time – Hoosiers are a backward group with whom it is silly to do business.

9 – Find a way to engage NASCAR and its drivers.  Driving the double is damn near a physical impossibility, but the best way to enthuse race fans is to bring in the stars they love to watch.  The Brickyard 400 is an endless parade, but the Indy 500 is magnificent theater.  Bring the NASCAR guys in for a Thursday event.  There are practical considerations to be addressed, but Miles is a clever guy.

8 – No more ridiculous celebrities in the parade.  There is nothing more tired looking than people who were famous 40-50 years ago being featured in the 500 Festival Parade.  Anyone not immediately recognized by an average 18-34 year olds is banned.  I know Florence Henderson is a good friend of Mari Hulman George, but she has drifted over the past 40 years into an ensconced irrelevance from which she will never emerge.  The only exception is Jim Nabors, who is an icon at the track.

7 – Continue to evolve year after year.  Staying nimble is the key to continued success, and the failure to do it is the reason people have stopped paying attention.  The Indianapolis Motor Speedway shouldn’t be a living museum, but a dynamic and thriving home for speed, drama, and innovation.  That process requires tearing it down, and rebuilding year after year.

6 – Get the old cars out on the track.  I love the laps that are turned by the cars at the museum.  Watching A.J. Foyt drive that roadster from 1961 was wonderful.  A race among half-century old roadsters is probably impractical and dangerous, but it would definitely be cool to watch.

5 – Enact a “Cool Factor” filter.  Whatever happens at the IMS, it must be cool.  All of the surrounding ideas pass this test, as should all others.

4 – Include a race on Carb Day.  The concert draws a reported 75,000.  To not expose those people to a race in an effort to lure them back for the main event is a waste.

3 – Dump Bump Day.  No bumps – no Bump Day.  Qualifying the nine back markers not quick enough to make the field on Pole Day is not dramatic or even interesting.

2 – Truncate the Schedule.  People showing up at the Indianapolis Motor Speedway should always be rewarded with excitement.  The Speedway continues to welcome groups for practice days.  That does nothing but expose school kids and others to the relentless boredom of those meaningless afternoons.

1 – Hire a villain to drive.  Some guy or girl needs to embrace being booed.  There are plenty of these people in NASCAR.  Grab one, and turn him or her loose.  Kurt Busch, who tested at Indy last month, would be a start.