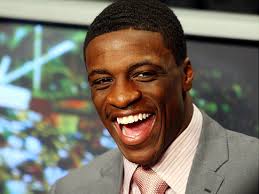 Former Syracuse point guard Jonny Flynn starts his work today in the NBA’s Summer League in Orlando trying to resurrect a career that started very well as the #6 pick of the Minnesota Timberwolves in the 2009 NBA Draft, but spent last year playing in Australia.

He’s an exceptionally honest and friendly young man who I’ll root for now after spending a few minutes with him.

Making the jump from free agent on the summer league team to the opening night NBA roster is a longshot, but Flynn is impossible not to like.  Fox 59’s Chris Hagan and I spoke with Flynn after his first practice with the Pacers.