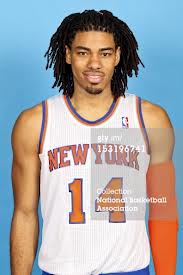 The Indiana Pacers are all about culture.  Everyone involved with the team uses that word early and often, and I would mock it if I didn’t absolutely agree with the way they use it to describe what the team has become.

Chris Copeland fits what the Pacers are trying to build perfectly.  The six years Copeland spent in the NBDL and Europe continuing to fight for his dream have given him a perspective that is rare.  This is not some self-impressed, me-first mope who expects to be treated like he should be thanked for farting.

He’s a guy who knows his role, prepares and behaves like a pro, and is happy contributing to the whole.  And he can flat-out score.  In his rookie season as a 28 and 29 year-old, Copeland averaged more than 20 points per 36 minutes of playing time.

Pacers fans got to know him – almost too well – as he brought nothing but positives to the Knicks every time he reported to the scorer’s table in the six game series that Indiana won.  Pacers fans held their breath every time #14 with the dreads came into the game.

Copeland says the #14 will be gone when he plays for the Pacers, so any hopes of his being a second incarnation of “Big Smooth” Sam Perkins will not come to pass, but his game is similar even if his number won’t be.

Coaches say, “If you can shoot, you can play,” and Copeland can absolutely stroke it.

Plus, he fits.  Listen to the “Ahead of the Curve” interview below – the first he has done with Indianapolis media –  that aired Saturday on 1070 the Fan (“Ahead of the Curve” with Fox 59 news director Chris Hagan and me airs every Saturday from 11a-1p) and listen to yet another really good guy.