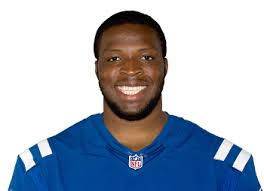 There are players who sail through their careers with manageable dings that allow them to maximize the earning potential, and then there are guys who have a very tough time staying healthy.

Through the first two years of his career, 2011 Indianapolis Colts second round pick Ben Ijalana has been a member of the latter club, but he’s trying to find a way back to productivity after two ACL tears.

Ijalana was immediately likable in an interview with Chris Hagan and me on the morning after the Colts traded up in the second round to make him the highest draftee out of Villanova since Howie Long in 1981.

If you want a reason to root for Ijalana, listen to the interview from a time when his life was filled with promise of a long and productive career for one of the most consistently excellent franchises in NFL history.

He’ll come to camp in Anderson next week with full meedcal clearance on the troubled knee, and a heart filled with hope that it will stay that way.