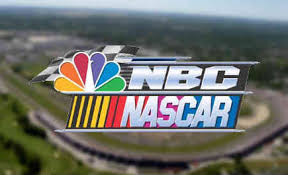 What a break for IndyCar!  NASCAR is leaving ESPN in favor of NBC Sports Network and NBC.  This is like your uncle owning a gas station in the middle of nowhere as the Simons decide to build a 1.2 million square foot shopping mall next door.

If IndyCar can’t bring NASCAR fans to its races, maybe NBC can bring its races to NASCAR fans.

What looked like a knuckleheaded media play five years ago when IndyCar jumped from ESPN to the network formerly known as Versus, has become a delayed version of Jed Clampett shooting at a rabbit and striking oil.

This 10-year deal will begin with the 2015 NASCAR and Nationwide seasons, so IndyCar and NASCAR will co-exist for at least the first four years of the deal.

There are a myriad of collar events also to air on NBC owned networks, including the NASCAR Hall of Fame ceremony and season-ending banquets as well as rights to certain NASCAR K&N Series, NASCAR Whelen Modified Tour and NASCAR Toyota (Mexico) events and Spanish-language broadcast rights on Telemundo and Mun2 for national series events and the Toyota (Mexico) Series races.

The only potential negative could come when the IndyCar deal comes up for renewal.  NBC could decide that IndyCar’s product and ratings are not worth the investment or thorn in NASCAR’s side, or IndyCar could become petulant and resist efforts to move their races to accommodate the more popular stock cars series.

The NASCAR schedule should fit reasonably well with IndyCar because NBC will take the ESPN portion of the schedule which begins this weekend with the Brickyard 400, while IndyCar only has five weekends of events remaining on their calendar.

By the time IndyCar’s deal with NBC is up for renewal, they will be able to do what’s necessary to fit into NBC Sports plans.

Or, will IndyCar and ESPN reconvene to enact a full blown partnership to add to the handful of races the network currently carries – including the Indianapolis 500.  That deal also expires in 2018.

Look for IndyCar to put their races under one umbrella of networks – either NBC or ESPN, with the Indy 500 the only significant piece of programming in terms of audience and revenue for either network.

For IndyCar, a more robust NBC Sports can only help there exposure, regardless of where they wind up.