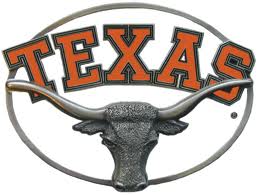 One thing about Jim Delany, he does not speak in code.  Information is offered, and through a Monday Sudoku series of simple deductions, the truth is revealed.

In his statement yesterday, Delany identified Association of American Universities membership, contiguous state to existing members, population, and federal research dollars as criteria for consideration for membership in the Big Ten, “I’d like to talk just a little bit about expansion. Rutgers and Maryland will join us on July 1, 2014. They’ll join 12 other members. And it’s sort of interesting. We were so fortunate that two AAU flagship institutions in contiguous states were able to join us.

“Interestingly, New Jersey and Maryland combined are only half the size of our smallest state, Indiana, but at the same time have provided us an incredible increase in ability to recruit students, student-athletes, have relationships with a lot of Big Ten people who already reside in that corridor, but we’ve had a 30 percent increase in the conference’s population footprint. So three percent in geographic territory, 30 percent in population in an area that I would argue is one of the most important areas, not only in America, but in the world.

“So we’re going to be working very hard with Rutgers and Maryland and with our own institutions to make friends, build relationships, and create some momentum for our Big Ten conference athletics in that region.

“When everything is finally completed and all 14 members are here, we’ll have in excess of $9 billion in federal research. The conference will span over 550,000 square miles, about 15 percent of the Continental United States. We’ll have 520,000 students under roof and 350 teams and almost 10,000 student-athletes and over $150 million in financial aid.”

In 2011, the University of Texas was ranked 26th in federal research money with just over $309 million, and was the 20th overall research institution in America.  Texas has been a member of the AAU since 1929.  From a population standpoint, Texas brings 26 million people to the party.  Not all are Longhorn fans, but they increase the population footprint considerably.

Unfortunately, there are a minimum of two states between the closest Big Ten state (Nebraska) and Texas.  It’s hard for me to believe that Texas would be DQ’ed because the plane ride from State College to Austin is 30 minutes farther than the trip to Lincoln, but Delany seems very proud of the connectivity of the states in the Big Ten’s footprint, a footprint that would be increased from 550,000 square miles to 819,000 or 28% of the land mass of the lower 48 states (not sure why that is interesting to Delany, but these are his metrics).

It’s been my theory that Texas would be selected by the Big Ten as one of the final two schools as the Big Ten becomes the Big 16.  Texas is a serious research institution, is a member of the AAU, and brings with it enough top 100 TV markets currently unserved by the Big Ten Network that it seems a logical choice despite the geographic disconnection.

Texas is a part of a conference that was hanging on by a thread two years ago, and was saved temporarily by the Big 12 allowing Texas to form the Longhorn Network, which provides disproportionate wealth, and may ultimately cause other conference members to bolt for the Pac 12.  TCU and West Virginia have been added to bring the total of schools to 10, but those are small and ill-fitting bandaids on a gaping wound.

The ACC isn’t going anywhere after gathering some of the refuse from the inevitable Big East implosion, but it might be possible for the Big Ten to take on Virginia (AAU since 1922, and #52 in federal research dollars with $218.5M).  North Carolina would have made for a nice target, but the ongoing academic fraud scandal, which seems to get worse by the day, isn’t doing the Tar Heels any favors.

After the bizarre turn of events at Rutgers over the past four-and-a-half months, it’s unlikely the Big Ten wants to court a school that seems eager to avoid admitting to or correcting serious errors in providing ghost classes for athletes.

As a conference that is weighted more toward basketball than football, the ACC isn’t able to garner nearly the same level of revenue as the Big Ten, and with Maryland, Rutgers, and potentially Virginia, they would fit as AAU members (since 1922), federal research players (#17 – $431M), connected to Virginia, and the 10th most populous state.  If the Big Ten wants UVA and UNC, it would seem all Delany would need to do is ask.

The Big 12 is held together with bailing wire and fraying duct tape.  Unless there is a way for the members not Texas to level the financial playing field with the Longhorns, it will spin like an out of whack fan until the gravity pulls the poorly balanced blades to fly from its axis.

The first order of business for all the conferences will be to help the NCAA evolve toward a legislative separation among the haves and have lesses among the 348 Division One schools.  That begins August 8 with a meeting of the executive committee and the D-I Board, and will continue through next January, according to an excellent piece by Mark Alesia on indystar.com.

Once that’s in the rearview mirror, the conferences can return to the work of recasting their membership.  My money is on Texas and Virginia moving to the Big Ten before the end of the decade, but neither appear to be close to the sure thing it appeared they were one year ago.  North Carolina is a dark horse.

One debate about which we no longer need to speculate is whether Texas would move into the Legends or Leaders Divisions.  See, eventually logic prevails in the Big Ten.

[ed. note:  I’ve gotten a few questions and comments about the grant in rights signed by the ACC in April that would prohibit the schools fram taking their broadcast rights out of the conference to the Big Ten or another suitor.  I’m not convinced that the Big Ten wouldn’t move to take Virginia anyway because there are a good fit in every other area, so I didn’t mention the grant in rights because the explanation of what the hell it is and how it affects the conference realignment issues would have taken another 500 words.  The Big 12’s grant in rights lapses in 2025, but there are ways that that could fall apart or be circumvented.]

27 thoughts on “Texas to the Big Ten? Delany Offers Clues to Who’s Next for Big Ten Expansion”