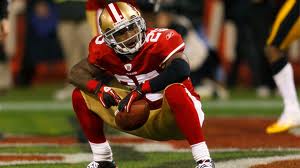 For those who haven’t seen what a guy who lost $2 million for missing a day’s work, here he is!

Professional athletes are a bunch of pampered and self-indulgent rubes who rely on others to make decisions and provide them with a worry free life.  That’s their reputation anyway.

1070 the Fan midday host Dan Dakich is a smart guy, and I spent a few minutes with him on his show today, and if you are smart enough yourself to invite Dan into your home, office, or car you know that you learn something about sports and life every time, and today was no different.

Dan decided that among these three outstanding examples of entitled fools who believe they are not subject to meaningful consequence if a detail falls through the cracks or a trust is betrayed, Rodgers is the most deserving of being the dumbest guy in the world.

Rodgers claims to feel betrayed by suspended Brewers outfielder Ryan Braun because he trusted Braun’s claim of innocence when he beat an earlier rip because of a technicality.  Rodgers guaranteed Braun’s innocence with a seemingly facetious bet of a year’s salary, and expressed surprise about Braun’s guilt today, “Well, I was shocked, I really was, just like I know many of you were.

“I was backing up a friend, who looked me in the eye on multiple occasions and repeatedly denied these allegations, said they weren’t true,” Rodgers continued, “So it is disappointing, not only for myself as a friend but for obviously Wisconsin sports fans, Brewer fans, Major League Baseball fans. It doesn’t feel great being lied to like that, and I’m disappointed about the way it all went down.”

Never trust an athlete, Dan says, and he’s mostly right.  There are a few willing to honestly represent who they are, but without a consequence for being a pretentious ass, many choose that route.  Rodgers, more than most, should know better, and that makes him an idiot.

The strange case of Tarell Brown involves an escalator clause that triggered a $2 million salary bump if he had attended voluntary workouts at the team facility.  Apparently, he was unaware that the escalator had been engaged, and perhaps unaware it existed.  Maybe his recently terminated agent missed that too.

I don’t know about you, but if I had a small clause in a contract that paid me $500 if I showed up on the steps of south Monument Circle in Indianapolis wearing only a speedo at 2:00 p.m. on January 14, 2016, I would enter it in my calendar, and show up 15 minutes early.

Brown, of course, blamed his agent for not telling him because why should a professional athlete be responsible for his behavior?  I’m not sure many athletes understand that agents are really their employees, and they need to be managed just as employees should be.  For Tarell Brown, that lesson came with a $2,075,000 price tag (there was another bonus of $75K he would have received had he attended the workouts).

To add insult to injury, Brown found out that he is out the two-plus REALLY large on Twitter.

If I were the owner of the 49ers, I would have been out front of the facility with a checklist of the players to be bonused or with escalators for attending a voluntary workout, and marked names as I saw the players show up.  If Brown hadn’t shown, and I got to keep $2.075 million of my money, I would have partied like a Powerball winner.

Weslye Saunders made a more typical error in behavior.  He tested positive for adder all after already being suspended for four games for taking it while a Pittsburgh Steeler.  If you are a third string tight end, life in the NFL is a relentlessly worrisome existence.  You are one of the most expendable men on the roster, and among the easiest to replace.

Being so close to the precipice of doom should result in a motivated and well-behaved employee. Not so with Saunders.  If this is the result of an addiction, that’s unfortunate, but hardly an uncorrectable problem.  If the difference between a career in the NFL with a $555,000 annual salary and being a cashier at CVS for $12 per hour is 28 days at Hazelden, you get your ass to treatment and work your program.

Saunders was suspended for eight games as the result of his positive test, and that made the call by the Colts to waive him easy.  They drafted Justice Cunningham at the end of the seventh round for the same reason Foghorn Leghorn keeps his feathers counted – “for just such an emergency.”

Athletes in the media are convinced that because people hold microphones in front of them that they have something smart to say, and some fans believe that because the athletes are on TV, they must be saying something important.  Wrong, and wrong.

There are exceptions, but there is always a long line of athletes vying for the dope of the week.  Which of these three is your dope of the week.  Vote now, and tomorrow during “Ahead of the Curve” from 11a-2p on 1070 the Fan, Chris Hagan and I will have the winner.