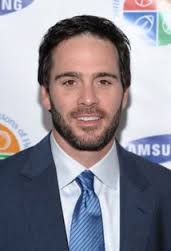 Is this Jimmie Johnson, or a VP of marketing at Eli Lilly?

Telling you that Jimmie Johnson will pilot his #48 Hendrick Motorsports Chevy to a fifth Brickyard 400 win shouldn’t spoil the surprise for you.

Johnson has won four of the last seven Brickyards, and that is reason enough to predict with confidence that it will happen again on Sunday.

Winning at the Brickyard requires a driver who does not screw up, a crew that executes flawless pit stops, and drives a nice smooth race.  Johnson does that better than anyone at the Indianapolis Motor Speedway since Al Unser, Sr. did it to win four times at the Indianapolis 500.

Johnson is not an exciting driver or person, and looks like an exceptionally normal 37 year-old guy, which is exactly what Unser has always been – only older.  Johnson is a little better with the media, but for a guy who has won five straight Cup 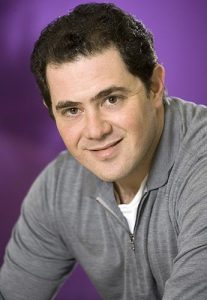 This is Jon Miller, VP of Marketing at Marketo.

championships, two Daytona 500s and four Brickyard 400s, he might be the least polarizing champion of all time in any sport since Earl Anthony took the Pro Bowlers Tour by calm.

While Dale Earnhardt, Jr., Jeff Gordon, Tony Stewart, and Danica Patrick are cheered and booed by the beer fueled crowds at NASCAR races throughout the south, polite applause greets Johnson.  He is the anti-Tiger Woods, who is never the guy on Sportscenter for flinging helmets at cars, or flipping off photographers.

He calmly goes about his business, wins races and championships, and smiles while ordering a Beef & Cheddar at Arby’s without anyone noticing he’s in the store.

If Johnson went to a ballgame at Wrigley Field or Fenway Park, he could sit unbothered.  Even after introducing himself, people would leave the game believing they had met a nice polite guy, without any notion they had just met the most successful NASCAR driver of his generation. 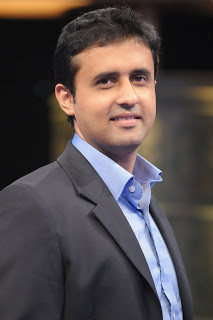 This is VP of Marketing Sandhya Iyer of Imagine. He, Johnson, and Miller would look right at home on the sitcom “New Girl” with Zooey Deschanel on Fox

He’s going to win because while others get aggressive or make a small mistake in the pits, Johnson will just keep turning left 640 times in exactly the same way he’s done it before.  The Indianapolis Motor Speedway rewards mistake free driving and penalizes guys who try to win the race early.  The best teams tend to win, whether in IndyCar or NASCAR, and that points to Hendrick and Johnson too.

The weather is supposed to be incredible, and after so many scorchers, it will be incredible to have a raceday without a chance of rain and temps in the 70s.

Get out there and enjoy it – not because it’s a great race to watch, I would be lying if I said it was and you would know it – but because it’s a great event at a wonderful facility.  Pack a cooler full of sandwiches and beer that is exactly the right size, and watch the cars and people.  When Johnson wins, tell them you knew he would.

The people in the suites will look a whole lot like Johnson, and so will the guy sitting next to you.  I swear I saw six guys in the Media Center eating a delicious and free Fazoli’s for lunch that could have passed for Johnson.