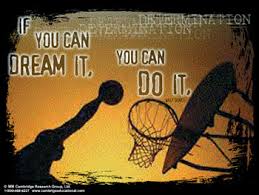 If this poster fills you with hope, you’re a moron.

Hyper-simplified phrases that are supposed to be empowering are revolting.  People who need those phrases to motivate themselves to be something other than what they are should spend their time exercising, cobbling, or doing the things those phrases tell them to do because they are good ideas, rather than because a poster told them so.

Dan Dakich spent some time on his 1070 the Fan show talking about the phrases he most hates.  Some of those phrases are here, and I added several of those I loathe.

Here are the ten most offensive of the phrases meant to inspire hope, and why you should ignore them:

10 – The difference between try and triumph is a little umph.  I’m sure the person who wrote this is quite proud of his or her work.  It’s clever, but wrong.  All of these phrases assume the playing field in our society is level, but anyone who has been to a WalMart knows that some have the ability to succeed, and others are destined for humanity’s scrap heap.  It’s not their fault, and in no way do I take pleasure in the consistent failures of those incapable of success, but all the platitudinous posters in all the world aren’t going to help 40% of Americans from relentless failure.

9 – When you shoot for the moon and you come up short, you still end up among the stars.  Notwithstanding the astrological idiocy, uttering this phrase should be enough to get a man committed to an asylum.  I’m not sure what the hell it means, but I do know that people who subscribe to it are irretrievably nuts.

8 – He who is not courageous enough to take risks will accomplish nothing in life.  I’ve seen a lot of people at a craps table who take risks and are going nowhere fast.  Conversely, I know people who are opposed to anything but a rigged game, and they appear to do exceptionally well.

7 – You’re never a loser until you quit trying.  You’re a loser when you lose.  Losers try just as hard as winners most of the time.  They just aren’t as talented.  The myth that our desire to win affects the result is poppycock.  Talent wins.  Those without talent are losers.  If you are untalented, sorry.

6 – If you can believe it, the mind can achieve it.  This is what all great athletes believe because they achieved what they believed.  Without their great athleticism, there is not a chance in hell that anyone becomes a professional athlete.  All outstanding professional athletes believe they have triumphed over great odds to reach the pinnacle of their sport because of tremendous will.  Total nonsense.

5 – A trophy carries dust. Memories last forever.  This saying is especially mystifying.  Why can’t the people who win a trophy keep it dust free – either through a daily regimen of dusting, or by keeping it in a case?  And memories only last until the person who remembers the event dies.  Then the memory is gone, but many times the trophy is still there.  Old Tom Morris has been dead for 105 years, but the Claret Jug remains.  Maybe Mary Lou Retton meant, “Memories fade, but a trophy is forever”.  Gymnasts are well-known for being confused.

3 – Football doesn’t build character, it reveals character.  Can’t football both build character and reveal character?  The phrase could also just as easily be, “Football doesn’t destroy character, it reveals a complete lack of character.”  Look at Michael Vick, Riley Cooper, Donte Stallworth, O.J. Simpson, Aaron Hernandez, Pacman Jones, and Plaxico Burress – what character did they reveal on the football field.  I never looked at those guys and said, “Hmm, I’ll bet that group of guys will kill people, kill dogs, shoot themselves in the leg, have people shot, and use the n-word in public.”

2 – One man practicing sportsmanship is far better than 50 people preaching it!  Knute Rockne offered this gem.  Are those the only two options?  Everyone should practice sportsmanship.  Is there a band of weirdos talking about sportsmanship while cheating and violating game protocol?  The more I read about Knute Rockne, the more I think he was the Robin Williams of football coaches.  We laugh at Williams until we read the words in his act, and then realizes it’s gibberish performed by a frenetic lunatic.  Rockne = Williams.

1 – Dance like no one is watching!  Do you know why men don’t normally dance like no one is watching?  Because people are watching, and everyone looks like an idiot when they dance.  When I was in junior high, we had dances.  There was a group of us who played bumper pool upstairs rather than dance.  People thought it was because we were afraid of girls.  No, no.  It was because the guys who did dance looked like spastic tools, and playing bumper pool beats bouncing sporadically to the soundtrack from Saturday Night Fever.