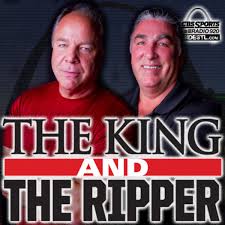 I hope this graphic didn’t cost Tim McKernan too much cash to produce. The show is kaput and may result is a lawsuit that bankrupts the company.

There were days in St. Louis that I just shook my head and laughed.

Sportstalk in St. Louis is an interesting business.  The players are always the same, but the ways in which they get themselves into trouble is consistently surprising if not amusing.

Jack Clark, the former first baseman and current media gadfly, accused Albert Pujols of being a steroid user, “I know for a fact he was. The trainer that worked with him, threw him batting practice from Kansas City, that worked him out every day, basically told me that’s what he did.”

He was fired Friday night along with his partner Kevin Slaten, only days after debuting their show on WGNU.  The owner was not pleased about Pujols threatening to sue for slander, and this wasn’t some ordinary, “I’ll sue you!” proclamation.  This was a measured and certain threat said in a way that made those listening believe he will.

Tim McKernan is the owner of the company that owns the station, and he is doing everything possible to stop the legal train Pujols is piloting from rolling his financial health.  That means a full-flaps denial and the termination of all involved.

There are a lot of ways to legally shield yourself from a slander suit, but saying “I know for a fact he was,” is not among them.  To prove slander against someone who attacks a public figure, malice needs to be proven.  That means the attacker must have shown a reckless disregard for the truth.  If Clark had said, “It’s my opinion that Pujols juiced,” that’s fine because an opinion is not a truth but a belief.

Ironically, Slaten was caught in the backwash of this storm.  He’s worked for quite a list of stations over the years, and his demise with the others was usually self-inflicted.  His anger is legendary, as are the results of his temper.

There are a lot of great sports broadcasters in St. Louis, but most work at 101 ESPN – headed by John Kijowski and Hoss Neupert.  When 101 launched, the lineup and signal completely dwarfed what the other stations tried to do, and the battle for ears ended quickly.

Slaten is a compelling broadcaster whom I was advised by virtually everyone I spoke to – inside and outside radio – not to hire.  I never met the man, and have no opinion about his behavior because I have never witnessed it.

The problem with this show is the same that plagues small time radio operations that do everything on the cheap.  The shows and talent are allowed to operate independently without daily oversight, and the hosts respond by saying wacky stuff without any critique or feedback.  That vacuum is where the potential for lawsuits lurks.

There is a reasonable strategy for the guys with the bad signal going up against a superior opponent – shock and awe.  The only way for a station like WGNU to get any attention in among potential audience is to provoke a response.  Slaten has lived in this world before by ambushing Cardinals pitching coach Dave Duncan without informing him he was on the air.  That is an actionable FCC offense, but minor league stuff compared to inviting a lawsuit by a well-funded adversary like Pujols.

The stunt – or idiotically phrased accusation – got millions of dollars worth of free publicity, but like boobs in “Office Space” with their shaving portions of pennies scheme, this gambit worked too well.

Here’s a short primer for broadcasters, and whether you are a former player or a Syracuse grad embarking on a career behind a microphone, don’t state anything as a fact unless you saw it.  If you believe something, say you believe it or that it’s your opinion.  The truth is an absolute defense against defamation charges, but ignorance of slander and libel laws are not.