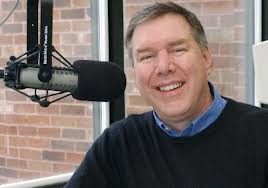 The madness surrounding the idiocy perpetrated by Jack Clark upon the legacy of Albert Pujols has generated headlines in St. Louis and across the country because watching the self-immolation of the famous has become an American pastime.  I wasn’t going to write about it because the squeaky wheels getting the grease in the soap opera of St. Louis media have become tiresome, but then decided that not only was it a teaching moment for those hoping to avoid a slander lawsuit, it was kind of fun.

As a conscience soother, I have decided to also write about a guy who does his job right every single day, extending far beyond the four-hours he spends everyday in the studio.

Randy Karraker has been a St. Louis radio institution for three decades, and that will continue for as long as he chooses because pros are not that easy to come by.  He embodies the professionalism that accounts for the survival of radio as a medium because as he knows, it’s the content and not the fading delivery system that matters.

The idiocy of the management at CBS in the late 1990s sent Randy packing from KMOX, as that radio station decided that it needed to become somehow less special in the eyes and ears of its listeners.  Randy was and is the perfect talent for a station like KMOX, but their self-imposed lapses in judgment sent him into the treacherous jungles of low-power radio to continue to make a living doing what he loved, even if not for the station he adored.

That all changed in 2009 when he was among the first hires by 101 ESPN when the station launched.  He became the anchor of “The Fast Lane” from 2p-6p every afternoon, and KMOX’s loss became Randy’s gain.  KMOX has become a moribund property that works tirelessly not to engage listeners with an endless string of newscasts interrupted frequently by spots, weather, and traffic.  Without Cardinals baseball to buoy the ratings,  it would have lapsed into total obscurity long ago.

The best part of Randy’s story is that he is genuinely a good guy.  The man heard on the radio is the man you see at Cardinals games, as well as in my office from time to time during my run as PD at 101 ESPN.

Randy should be the play-by-play voice of the Cardinals.  He should have followed his mentor, the one-of-a-kind Jack Buck, and continued the legacy of genuinely decent pros describing the action at Busch Stadium for the tens of thousands of Cardinals fans who rely upon 1120 AM as their conduit to all things Redbirds.  That didn’t happen, but Randy didn’t turn sour or bitter.  He continued to respect the medium and St. Louisans who rely upon his honest analysis.

Never in his life has this former usher at Busch Stadium lived more than a mile from the house in which he grew up, and it’s a short bike ride to the 101 studios.  Randy works tirelessly to fill those four hours on 101 with great content, and even more important is how he represents himself and 101 in the community.  He always makes time for listeners who are kind enough to say hello to him in the grocery store or a restaurant.

One story that is vintage Randy is about a potential client who saw him at a gas station.  The guy was in the process of deciding whether or not to use Randy as a spokesperson as part of a major buy on 101.  The guy thought, “Randy’s a busy guy, and he doesn’t need me bothering him, so I’ll leave him alone.”  Randy saw the guy, approached and greeted him by name.  The guy made the decision right then to pull the trigger on the deal.

Randy didn’t say hello to try to persuade him to do business with 101, but because that’s just who he is – a good guy who enjoys talking to St. Louisans.  He learned the business of radio from Jack Buck, and after so many years of watching him do things the KMOX way, it became part of Randy’s DNA.

It’s a shame for CBS that the guy who embodies the KMOX way is now defining the 101 ESPN way, but those are the breaks when management intervenes to change the personality of a station whose chief attribute was personality.

Every city has a Randy Karraker – the guy without whom a city’s collective radio character would not be the same.  There are more than one of those at 101 ESPN, the station that in less than five years has become the voice of St. Louis – not just of its sports fans, but of the city itself.  That position was abandoned the day that CBS decided that Randy and so many others were disposable pieces of their puzzle.

Randy took that piece of St. Louis with him to 101, and never looked back.  My hope for him and 101 is that the Cardinals have the foresight to take their product to 101, and put Randy where he belongs – behind the mike at Busch Stadium sharing his gift for description with Cardinals fans just as his mentor did.

One thought on “Unlike More Talked About Radio Hosts, 101 ESPN’s Randy Karraker Does It Right – Always”