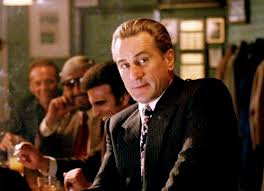 Jimmy Conway taught Henry Hill a lesson that ultimately didn’t take. Alex Rodriguez would do well to take it to heart.

“Never rat on your friends, and always keep your mouth shut.”  Jimmy Conway

It’s hard to take seriously the relentless denials from Alex Rodriguez.  If you believe Rodriguez, he not only hasn’t juiced since 2003, he’s never taken a strike, pissed in the woods, or made an illegal u-turn.  The latest denial is that a person from his inner-circle never outed Ryan Braun or Yankees teammate Francisco Cervelli for PED use, as has been reported by 60 Minutes.

There is nothing lower than a rat.  Tattling on others recalls the stooges who implicated supposed communists during the Army-McCarthy hearings in the early 1950s.  Senator Joe McCarthy used the fear surrounding the Cold War to fuel his popularity by accusing Hollywood celebrities and others of being communists.  Those who named names were given a pass, and those who didn’t were blacklisted.

Actors, writers, and directors lost their careers because stool pigeons outed people who attended meetings of communists out of curiosity, passion for the philosophy, or the opportunity to meet girls.  It was a shameful period in American history, and people associated with ARod, assuming the reporting by CBS is accurate is an incredible sad moment for baseball, sports, and society.

Any doubt that ARod lives his life only to please himself will be removed should the CBS report be proven true.  It’s one thing to cheat your way to $300+ million in earnings.  It’s another to give up the names of others in an attempt to save your own ass.

My high school principal called not squealing “the code of the criminal.”  He said it to me immediately after I refused to name names in a kooky little investigation into some well-intentioned hijynx gone awry.  I took it as the highest praise I could receive despite the circumstance of the delivery.

When you break rules or laws, you should be prepared to take your medicine should the deal go south.  Telling an authority figure who has the authority to waive any consequence to get bent isn’t an easy thing.  It requires brass balls and a willingness to take the brunt of that authority’s anger or disappointment.  If being a stand up guy was easy, there would be more of them.

The survival instinct in times of woe is strong, and ignoring it requires the kind of intestinal fortitude few have.  I would have expected as much from Rodriguez, as he has always appeared to have the weasel gene in bulk.

A man whose physical strength has come in a bottle or syringe should be expected to show weakness elsewhere in his life, and Rodriguez certainly does.  Not once has he shown any contrition or appeared willing to accept responsibility for his cheating of the game, his teammates, and his opponents by doping.

Deducing why Rodriguez has been so repelled by the notion of honorable behavior isn’t rocket science.  The rewards for his deceit are scheduled to total $476,416,252, if his eligibility is uninterrupted and he reaches all bonus levels.  If loyalty can be bought, certainly deviousness can be too.

Character is revealed during times of strife, and because of how he’s handled the challenge of being caught I think we understand exactly the kind of human being we are dealing with in Rodriguez.

At long last, Alex Rodriguez, have you no sense of decency?