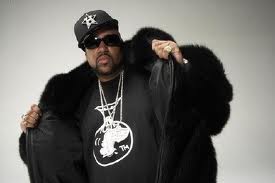 Had I looked like this, I would have sacked up. Sadly, my pimp look was more suburban stupid than urban chic.

I wore a pimp outfit to school once.  Actually, it was pajamas with a sport coat over the top with a pair of boots and a wide brimmed hat.  There was no context for the stupidity – no dress up day or National Pimp Day to explain my idiocy, and as I stepped into the halls, I realized that what I was doing was potentially so memorable that it could define me forever among classmates and friends.

As I ducked down a stairwell to hide, a guy I knew a little bit named Brian Jones followed me and asked what I was doing.  I told him that I figured out that my outfit was a critical error, and I was abandoning ship.  He said, “You need to own it.  You started the joke, now grow some balls and own it.”

Brian left, and I was left at the bottom of the stairs to ponder his sage wisdom.  I was ready to step into the hall when I remembered that for reasons best left unexplained I kept a spare pair of jeans and shirt in the radio room, so I ditched the outfit in favor of more traditional teenage garb.

But Brian’s advice stuck with me.  If you screw up, laugh along with everyone else.

Purdue students have evidently produced a fan video designed to engage students in the same way “This Is Indiana” does for Hoosiers.  It got a lot of talk and continues to, but the authors have removed it from public access on youtube.

It’s time for these erstwhile Spike Jonze’s to man up and accept their place as objects of mockery.  There is value in greatness as well as humiliatingly bad.  Anonymity lurks in the middle.  No one ever remembers the two star movies, but the zero star debacles?  There are film festivals dedicated to those lumps of coals.

Be proud of the scorn.  It’s not everybody who can captivate the state’s media so quickly, even if it’s through incompetence.  Sure, it might be painful to be “that guy,” but only if you allow it to be painful.

If you own your position as the person who perpetrated this catastrophe, you become known as someone with a sense of humor about yourself.  If you hide in a corner, you will be mocked forever as the boob who wouldn’t own your work.

Remember the “Boom goes the dynamite!” guy at Ball State.  He was the central figure in the worst sportscast ever contemplated.  That made him unique, and unique is good.  Unique turns you into a celebrity.  He shunned that celebrity, and now instead of remembering him fondly, we only remember the act – not the heroism of standing up to the harsh spotlight of fame through failure.  His video has been viewed 8,266,517 times!

I’ve seen it 100 times, and it still makes me laugh.  The kid is so earnest and flustered.  The “Boom goes the dynamite” moment is the one piece of almost graceful redemption in the 3:54 sportscast.  Maybe the Purdue video has that one shining moment, maybe not, but they should let us discover it.

The Purdue student(s) who crafted this unmasterful work have the kind of opportunity that doesn’t come around very often, and at the moment I’m writing this, it is being blown because the stones needed to claim it are nowhere to be found.

It’s not too late.

There are two kinds of F students – those whose sweat, bleed, and cry because they can’t remember whether Lee or Grant led the North in the Civil War.  Then there are those who just don’t give a damn and own their ignorance.  Not only are those in the second group more fun to be around, they’re usually much more successful.

Rappers from Purdue – to which group will you belong?  You might as well own it now as the horse is out of the barn, as they say in Tippecanoe County.

Someone made a copy of the video while it was live on youtube, and I’m not sure why anyone cares.  Nothing great, nothing terrible.  Of course, it’s embarrassing as these videos usually are, but not more than the engineering video produced by the same earnest crew.