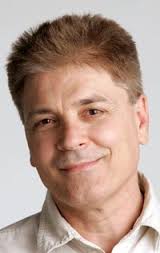 Maybe Martin Manley’s death will be more meaningful than his life. That’s the way he wanted it.

One week ago today, a sports department employee of the Kansas City Star took his own life in the most organized and fastidious way imaginable.  It’s wasn’t how he did it, but the intricate planning and organization of his suicide that makes it incredibly unique.

I hate suicide.  The act of ending it all by your own hand cheats the narrative of a life, and shows a decided lack of balls.  Facing the consequences and rewards of a life well or poorly lived seems to be the decent thing to do, and Martin Manley cheated that process.

Manley spent 14 months planning his exit, and finally the day came and the final entry in the itinerary was executed.  A self-authored website went live that day that explains his decision of how, when, and why to die in historic detail.  He guesses that his suicide will be remembered as the most thoroughly documented and clearly elucidated ever.

I’ve known three people who have killed themselves.  Two shot themselves over girls while in high school or shortly thereafter, and a third couldn’t escape the addiction that consumed him.  All were good people, and all really pissed me off for not having the courage to confront another tomorrow.

There is an underappreciated movie made by Blake Edwards that deals with the attempted suicide of a film director that explains my response to suicidal thoughts pretty well.  It’s called “S.O.B.”, and William Holden gets to make a speech that is as close to a perfect description of my feelings about suicide as any:

“I’ve consumed enough booze to destroy a dozen healthy livers. I’ve filled my lungs with enough nicotine to poison the entire population of Orange County. I’ve engaged in sexual excesses that make Caligula look like a celibate monk. I have, in fact, conscientiously, day in and day out, for more years than you’ve been in this best of all possible worlds, tried to kill myself and I’ve never felt better in my life. So, if you’re really going to end it all, I can show you at least a half-dozen better ways to do it.”

Less than five months after S.O.B.’s release, Holden was dead after hitting his head on a table after a drunken fall.

Living a life filled with self-destructive habits isn’t my style, but it’s good to know there are better options than eating a gun, Manley’s chosen mode for causing his demise.

This suicide doesn’t fill me with disdain for Manley, or what he expected many to view as his “cowardice.”  He’s much more complete and blunt in explaining his reasons that I could ever be, but he wanted to leave before becoming a burden or incapable of bringing his plan to fruition.

Manley brings a strange rationality to the discussion of his own life and death that articulates what in the deep dark recesses of our minds we all know – that life is pointless.  There are seven billion people bouncing all over this planet among billions of planets, and our leaving will effect the tiniest sliver of them.  Because that is not the happiest thought, few of us think in those terms.  Most of us tend to view life through moments of the laughter, love of family and friends, and a spiritual reason for our existence.

We engage in a daily regimen of pursuing love, wealth, discovery, standing, and/or truth.  Manley had enough of those focuses, and decided his great accomplishment would be death on his own terms at the time of his own choosing.

Manley was someone who loved statistics, and worked hard to explain how sports work through mathematical analysis.  He invented the efficiency index in basketball, according to his obituary.  He knew what his natural death might be like based upon data, and chose to opt out on his own

People will examine and hypothesize about Manley.  Some will be angry that Manley cheated, and others will applaud that he didn’t allow himself to wring the last ounce of use out of his carcass and brain.

I read most of what he wrote, and was strangely hollow  Not mad, not satisfied, and not moved.  I didn’t know Manley, but it seems he didn’t let many get close, or they might have known that for better than a full year, the guy know exactly when, where, and how he was going to die.

Living without a reason to awaken with a smile isn’t a call to die, it’s life yelling at you to change.  Another day is another chance to make a difference, to make someone laugh, to appreciate others, to make them aware that they mean something, and to give others a reason to wake up smiling themselves.  When in doubt, give a gift.

One thing Manley’s suicide didn’t provide was a reason to smile.  Maybe his death can help others find clarity in their reason to live.  We have to make sense of it somehow.