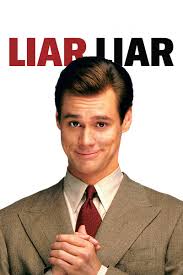 Is Jim Carrey too long in the tooth to star in a sequel as Ryan Braun?

Taking credit for coming clean should require that the admission and apologies come prior to compelling evidence of guilt being presented, and loudly and falsely proclaiming innocence in front of microphones and in private whispers to people in baseball.

Braun not only claimed not to have used PEDs, but told people that the low level functionary who was trusted to convey the urine sample that resulted in his first finding of guilt is both an anti-Semite and a Cubs fan.

After yelling about his innocence in spring training, Braun should issue his mea culpa through the Brewers media relations department and website.

If you want to read his apology, click on the link.  First, let’s revisit his litany of lies:

“This is all B.S.  I am completely innocent.”

Google the phrase, “I am completely innocent.”  It appears to immediately follow the commission of a crime each and every time.  I can’t find one instance of this phrase’s use which it is not uttered by a person who is guilty.

“By no means am I perfect, but if I have made any mistakes in my life, I’ve taken responsibility for my actions.  I truly believe in my heart and would bet my life that this substance never entered my body at any point.”

No, he’s not perfect, and oddly he has not taken responsibility for his actions.  He’s written a statement that he has not answered for.  Bold words for a liar.  At least Braun didn’t hedge on the bet.  He went big.

And they were right to hate and right to doubt.  People who refuse to trust any public figure who denies the truth is validated by the behavior of those like Braun, Nixon, Clinton, John Edwards, Anthony Weiner, and others.

“When you know you’re innocent of something, it’s extremely difficult to have to prove it when you’re in a process where you’re 100% guilty until proven innocent.”

The reason it’s hard for the innocent to be believed in the court of public opinion is because of liars like Braun who refuse to tell the truth.  Every poor bastard in sports who is wrongly accused from this point forward should drive to Braun’s house, knock on his front door, and punch him in the mouth.

“If I had done this intentionally or unintentionally, I would be the first one to step up and say, ‘I did it.'”

No, you would not be.  You would be among the very last weasels to own up to anything because that is what you have been.  What you do, not what you say, is what you are.

“I have been an open book, willing to share detail from every aspect of my life as part of this investigation, because I have nothing to hide.”

Oddly, he was willing to personally share this open book of his soul only when proclaiming his innocence.  Now that he’s apologizing, Braun is staying out of the public eye.  Lying into a microphone appears to have been easier for Braun than would be telling the truth – or whatever sliver of the truth was contained in the statement released yesterday.

“I have always taken tremendous pride in my image and my reputation in being a role model, and handling myself in the right way and doing things the right way.”

Does Braun understand what the meaning of the word pride is?

Braun is a loathsome sort who obviously can’t be trusted, so why would anyone believe his latest version of the truth, “During the latter part of the 2011 season, I was dealing with a nagging injury and I turned to products for a short period of time that I shouldn’t have used. The products were a cream and a lozenge which I was told could help expedite my rehabilitation.”

Okay, sure.  Yeah, right.  Braun forfeited the luxury of believability by lying to friends, family, teammates, and anyone watching his dog and pony show in February, 2012.  He is guilty of doping throughout his career – all the way back to the University of Miami because that’s the narrative I choose to believe, and because Braun’s denials only fortify its validity.

You don’t regain trust with an apology.  Lying isn’t an isolated act, it’s a betrayal of flawed character, and a written apology is the absolute weakest form of capitulation.  A lair is a liar is a liar.

Braun is a strategist, and when an apology finally became the only sound strategy, he used it.  The next time Braun is presented with a decision requiring a strategic assessment, he will make it through the same prism that resulted in the first avalanche of self-righteous deceit.  His statement that he cheated only in late 2011 is likely the result of the same evaluatory process.

While Braun is being pilloried by everyone in baseball and the media today for not standing at a podium to show his contrition and answer questions from another self-righteous group of kooks, he’s hardly the first liar to get caught and won’t be the last.

There will be hundreds of meetings today where a response to an embarrassing media report will be discussed, and in exactly none of them will someone stand up and say, “Let’s just tell the truth.”  At least not without being laughed out of the room.