Saturdays from 11a-1p are the two favorite hours of my week.  Fox 59 sports director Chris Hagan and I get to sit in front of microphones and try to make sense out of sports.  What could be more fun than that?

It’s especially fun with some guests from whom we can extract more eloquence and intellect than we are capable of.  Today’s guests are really smart.

Fred Glass is the athletic director at Indiana University, and is ready to see whether the fruit of his labor and that of those he manages will pay off during the critical season three of Kevin Wilson’s run as football coach.  The season 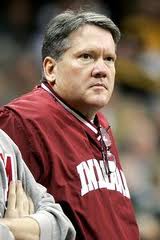 starts Thursday, and after one win and then four, this year appears to be a referendum on Wilson’s ability to inject some reason for hope that a bowl trip might be in the offing.

There is also a story in indystar.com by the stellar Zak Keefer and Stephanie Wang about a tirade by IU softball coach Michelle Gardner that prompts the question, “How far is too far?” for a coach to go in motivating or chastising student-athletes.  We’ll ask Fred where than line is at 11:15a when he joins us.

Stephen Zimmerman will join Chris and me at Noon from the Elite 24 basketball event in New York City.  Stephen is the top ranked big man in the 2015 high school class, and will talk about being recruited.  He’s a very smart kid, and with an offer from Indiana as well as every other program in college basketball, he’ll share the weirdness that goes along with being very popular among men in the 40s or 50s who run college basketball programs.  Stephen was in Indianapolis last month for a summer tourney, and proved not just a solid player, but a very thoughtful young man.

Last up for the day, we decided to finish the show strong with Rick Venturi, who continues to prepare each week of the NFL season as though he’s leading a defense against whomever the Colts and Rams are playing.  He is one of the hardest working analysts in football media, and the depth of his unique insights are absolute must-listens for those who want to know what they will see in tonight’s critical game three of the preseason.  Okay, critical might be an overstatement, but of the four games, this is the biggest.

Rick will tell us what to look for tonight as we try to project what the Colts will look like in 2013.  Are they 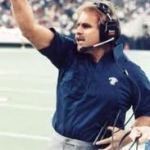 going to be able to win 11 as they did last year, or was that record a fool’s gold for a team built to win seven?

Rick will have answers that are well research through a process developed during 41 years of coaching at the highest levels.

If that’s not enough, Chris and I will tell you what thrills and gripes us.

I can’t wait for 11a.  The preparation is finished and all that remains is the performance.  Not sure which is more fun.  If you are in central Indiana, listen on 1070 the Fan or 107.5 FM.  Outside the area, click here and then click on listen live.  If you miss the show, the three interviews will be available at kentsterling.com shortly after the show.