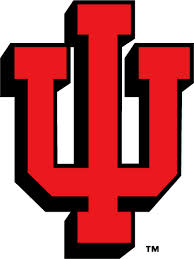 Well, that was different.  Indiana has never piled up that many points in the history of Memorial Stadium, and had a legitimate chance to ring up Indiana State for the most points ever scored by an Indiana team.  Class prevailed, and IU tooknees inside the Indiana State 10 with under 3:00 to play.

Tonight’s game wasn’t without a little drama as Indiana allowed Indiana State to cut its 45-7 lead to 17 points at 45-28.  Those three touchdowns were scored in just 1:02.  Whatever emotional hiccup that brief lapse represented, it passed quickly, as Sycamore gunner Carlos Aviles launched his helmet into the head of defenseless punt returner Shane Wynn after he called for a fair catch.

That ignited a brief burst of aggression as IU scored with precision after two deep throws by quarterback Nate Sudfeld, who looks like a solid choice to start if coach Kevin Wilson decides to ride the hot hand.

So what did we learn about this Hoosier team?

Next week, Indiana goes toe to toe with a Navy team that runs an option offense that the Hoosiers don’t face otherwise, then Bowling Green.  After that, the opponents that matter start showing up – Mizzou, Penn State, Michigan State and Michigan.

The sweetness of this win shouldn’t linger too long because the road only gets tougher.