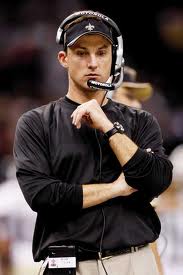 There is no chance – none, zero, null set – that the Oakland Raiders are going to beat the Indianapolis Colts this Sunday in the regular season opener for both teams.  And Oakland coach Dennis Allen knows it.

Not naming a starting quarterback for “competitive reasons” tells fans everything they need to know about the decision Oakland Raiders coach Dennis Allen has made.  It’s that neither quarterback is good enough to beat the Colts if the Colts know what’s coming.

While it may make for a slightly longer week of preparation for Colts defensive assistants not knowing who the starter will be, it won’t make the chore of stopping the offense anymore less likely.  If it was going to be a strain to put the clamps on the Raiders vaunted offense, the choice of quarterback would be clear.

The QB decision for the Raiders is like deciding which of two fully loaded pistols you will put to your head.  The only chance for survival is misfire.

In reality, the decision is an easy one.  During the preseason, Matt Flynn led the Raiders first team offense to 10 points in 13 drives.  Terrelle Pryor tallied 32 points in 10 drives for Pryor with the second group.  That’s not perfect apple to apples, but the verdict on the offense with Flynn running the show is that the Raiders cannot score.  They might be worse with Pryor, but the might be a little better.

When you sit with a short stack, you tend to take more risks, and that’s what Allen is doing.

The better question than who will start at quarterback for the Raiders is why anyone would accept the job as head coach.  I’ve had some bad jobs in my life, but being the head coach in Oakland appears to be worse than all of them.  Yep, even worse than the research manager at a publishing house.  Allen is destined for the same dustbin as the rest of the guys who took the job because being the head coach for the 32 best franchise in the NFL is better than being an assistant for the best.

Allen has also learned something about his team through this process – his team keeps secrets about as well as “Seinfeld” character Elaine Benes after a couple of gulps of peppermint schnapps.  Pryor will be the guy, according to multiple media reports, which is the only choice as we discussed.

That provides some extra worry for the Colts in that containment becomes an issue with Pryor in a way it would never exist with Flynn.

It also provides worry for Flynn.  If he can’t win the starting QB gig for the Raiders, there might never be another opportunity for him to run an offense.  I guess there is always the Jaguars, but he has a terrible track record over the last two offseasons of winning the confidence of coaches who did everything possible to put him in a position to succeed as the starter.  Do you think Pete Carroll wanted to hand the keys to the offense last season to third round pick Russell Wilson.

The Colts should roll over the top of the Raiders in the same way major conference teams destroy their paid opponents early in the college football season.  Chuck Pagano’s team  just need to make sure that they don’t spend Sunday night scratching their heads like the Oregon State Beavers did Saturday night after Eastern Washington beat them 49-46.

The Raiders will be who the Colts thought they were, regardless of who starts the game under center.