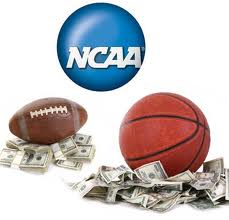 After reading the findings of several committees formed to examine and reform the mission of athletics on the campuses of large universities, my eyes and brain are weary.  The principal recommendations involved forming more committees to prompt additional gathering of perspective and data.

Jesus.  If bureaucrats are good at anything, they are good at forming committees where discussions can occur without any action being required.

The truth is the chances of meaningful reform stand at zero because the people in these meetings are paid by the word rather than the deed.  Success for these pedantic and inert procedurbyterians is determined by reports generated through meetings, rather than action.

No one has ever lost a job because they attended too many useless meetings.  When decisions are made that require a concrete undertaking, someone is ultimately held responsible for the fallout.  That puts jobs at risk, and what is the point of that?

So, despite all of this talking about athletic reform, those issues people find problematic will continue to exist because their solutions would require a measure of change for which a bureaucrat would have to assume responsibility.  As we have discussed, that does not happen because if no one is responsible for a problem, jobs are safe, and the people responsible for the current mess are all long gone because the last time anyone tried to substantially change the game was 1939.

I do not enjoy sitting in endless meetings, and would prefer bold activity to mindless yakking, so here are ten corrective measures a consortium of college presidents could adopt to move the needle toward a more positive athletic experience for “student-athletes.”  Several would bring with them a new set of less irritating problems, but we aren’t after perfection here.  Striving for perfection is paralytic, and as a result, not a welcome goal for this Sterling Commission of one.

There you have it in just over 800 words.  Reforms that make sense presented without authoring an encyclopedia-esque set of volumes.

College is supposed to be for the benefit of the student-athletes who donate so much energy to the universities they attend.  Keeping both eyes on that focus can’t help but improve systems and opportunity.

Doing the right thing is always much more complicated than it should be.