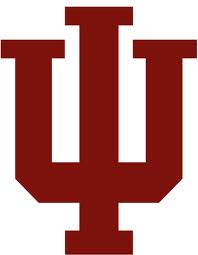 Bowling Green is a huge game for Indiana football and coach Kevin Wilson. Doesn’t that sound odd? Well, coming off the defeat at home to the Navy Midshipmen last week, it’s the truth.

Despite the fact the Falcons come to Bloomington Saturday (Big Ten Network, Noon) as one of the best teams in an often underrated Mid-American Conference, a loss by the Hoosiers would most certainly turn up the heat on head coach Kevin Wilson.

Is that fair? After all, Navy and Bowling Green happen to be very solid teams, more than capable of handling their own against the bottom half of the Big Ten.

But here’s the deal: While a loss at home to one of them is acceptable, a loss to both isn’t. Not in a year when IU has created more football traditions than any school with a non-winning tradition I can think of. And not in the third year of a coaching tenure in which the coach hasn’t exactly rubbed a lot of people the right way.

After the loss to the Midshipmen, Wilson showed what I thought was a lack of leadership with his comment that he’s tried to get Navy off the schedule the last couple years. If I didn’t know any better, I’d think Navy was unbeatable.

Athletics director Fred Glass offered this explanation: “Kevin made no bones about the fact that Navy is such a unique opponent with a unique style that it’s hard to prepare for and takes a disproportionate amount of time to prepare for.”

How does Navy even put together a 12-game schedule?

Navy, like Bowling Green will be Saturday, is a very solid match-up for IU at this stage. Frankly, those are solid home games for Indiana at any stage. While IU should be able to beat Navy at home, they lost to a pretty good football team. Why not just say “We got beat by a very good football team today.” Leave it at that and move on.

I can accept the Navy loss. Unlike so many people who only focus on the power conferences, I focus on the non-BCS conferences, too. I grew up around the MAC, so I know very well what teams like Bowling Green and Navy can do. What I can’t accept is the comment about wanting to drop Navy, no matter if it was truly facetious (as we were later told) or not. It just comes across as an excuse. 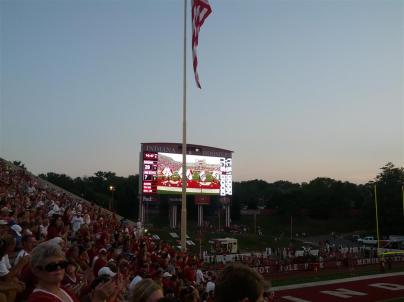 Isn’t it ironic that a program with the tallest flag pole in college football talks of wanting to drop a service academy from the schedule?

In a day and age of so many out of control football programs, me-first athletes and priorities completely out of whack in college athletics, playing the Naval Academy should be a freaking honor. I don’t care about excuses. Just lose with honor.

I just wrote a couple weeks ago how much I was looking forward to seeing Army at Ball State because any day inside a football stadium with a military academy is a good day.

One of my neatest college football experiences was watching Navy play at Ball State in 2008. The Middies had a very good team then, too, and Ball State and then-coach Brady Hoke beat them for the second year in a row. But it was the atmosphere and seeing the white uniforms in the stands that did it for me. To me, that’s what it’s all about.

While some think the Navy loss was a huge setback, I don’t. It was a minor setback. IU has still shown signs of improvement. The Hoosiers lost to a damn good team, one that’s pretty difficult to play against. It’s frustrating but time to move on.

Do I think IU will win Saturday? Yes, I do. But Wilson has put more pressure on himself and the program now because of his comments.

Bowling Green is very solid, having already rolled over Tulsa and Kent. The Falcons almost pulled off a major upset last year against Florida in “The Swamp.” I’m fairly certain “The Rock” won’t faze them.