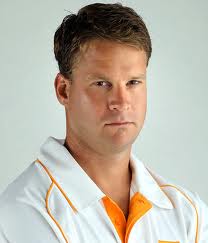 There are stories of people readers will really like in “The System.” Lane Kiffin is not one of them.

The disconnect between reality in college football and the pie in the sky ideals enforced upon the NCAA by university presidents show a disconnect that can only be explained by the fear of potential financial loss.

Forget morality and the sanctity of amateurism as motivation for the NCAA (and by the NCAA, I mean the university presidents who comprise the membership of the organization), it’s about money.  It’s always about the money.

“The System” is above all else a very entertaining book about what really happens on college campuses to and for college football players.  Jeff Benedict and Armen Keteyian gained the trust of the players, families, coaches, boosters, and support staff.  They tell their stories.  My wife even loved the book, saying each chapter was just like reading an episode of “Friday Night Lights.”

For those who have grown fatigued by the constant din of allegations that college football is corrupt – like last week’s series by Sports Illustrated on Oklahoma State and Yahoo Sports report on payments from agents to Alabama’s D.J. Fluker, Mississippi State’s Fletcher Cox, and three other SEC players – this will be a welcome respite.

This book is not filled with allegations of rule breaking, it’s about the people who are a part of the fabric of an immensely popular game governed by rules that are impossible to enforce – by coaches, compliance officers, or the NCAA.  Rules are broken, but outing the corrupt is not the mission of “The System.”

Where there is value, payment is made, but “The System” is about people, not rules.

NCAA President Mark Emmert spoke at Marquette yesterday, and said, “One thing that sets the fundamental tone is there’s very few members and, virtually no university president, that thinks it’s a good idea to convert student-athletes into paid employees. Literally into professionals.  Then you have something very different from collegiate athletics. One of the guiding principles (of the NCAA) has been that this is about students who play sports.”

Emmert knows as well as the university presidents, or anyone who reads this book, that players get paid.  Families are offered cash, and sometimes accept it.  Agents pay athletes.  Autograph brokers pay athletes.  Coaches are railroaded.  Hostesses break rules.  Punishment follows honesty.

The book isn’t an exhaustively researched academic tome, but a well told series of stories about some very interesting people.  Some do bad things, and others have bad things done to them.  It shines a very bright light on well-known episodes that have made the news in college football, but it’s not an unfair light.

There is way too much money at stake for everyone to have a level playing field enforced by a set of rules so difficult to interpret that a school like Ohio State has a compliance office staffed by 12 well meaning experts, according to the book.  Coaches want to coach.  Players want to play.  Boosters and hostesses want to help.  And everyone wants to get paid.

The stories of Jim Tressel, Mike Leach, a Tennessee hostess, T. Boone Pickens, tutors at Missouri, and many more are told in “The System.”  Some of the stories are surprising, some heartbreaking, all compelling.

Each chapter is a tile in a mosaic that paints a very accurate picture of the culture of college football.

There are problems within college football that we are all aware of, but this book gives them names and faces.  The narratives within “The System” make the book impossible to put down, and will inform debate among fans and administrators for generations.

Trying to control college football players is like herding cats, but the current financial environment and complex labyrinth of rules don’t serve to help.  “The System” helps us understand why.