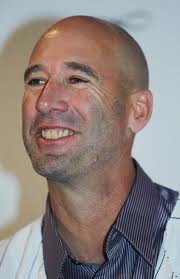 This is a picture of Dale Sveum the day he was hired by the Cubs, and it might have been the last time he smiled.

“Headed in the Right Direction” is how Chicago media and fans continue to describe the baseball franchise responsible for provide more misery for fans than any other in baseball history.  If the group currently running the USS Cubbies is circles is to be credited for anything, it’s assembling a roster so putrid that there was never a reason in 2013 for hope.

Now, according to Chicago media, the Cubs are talking about firing manager Dale Sveum, who has been a solid leader of a band of misfits.  For fans of insipid 1960s sitcoms, Sveum is Quinton McHale – the Ernest Borgnine character in “McHale’s Navy”.  For Bill Murray aficionados, he’s Sargent Hulka in “Stripes”.  Holding Sveum responsible for the Cubs buffoonery on the diamond is beyond unjust.

If somehow, the brains of John McGraw, Tony LaRussa, and Billy Martin could be forged into a brilliant managing amalgam, the 2013 Cubs would still have lost 90+ games this season.

But the Cubs need to gin up reason for hope, and replacing Sveum is the cheapest way to do it.  They need someone whose picture is going to look better on a billboard than shortstop Starlin Castro, and a free agent who will move the season ticket renewal meter will cost five times what a marquee manager would.

When assessing the Cubs moves, look to money.  Owner Tom Ricketts doesn’t know jack about baseball, but he knows a hell of a lot about money.  Bang for the buck is what the Cubs will look for in the offseason.  They know damn well winning is impossible, but providing a reason to hope is only as far away as the nearest rube willing to swig from the nearest pitcher of blue Kool-Aid.

Because the Cubs front office is filled with an arrogant bunch of evil twits, Sveum’s promising career as major league manager will be derailed.  There are some teams who could fit its living former managers at a dinner table.  Of managers who spent at least one full season leading the Cardinals would seat Red Schoendienst, Joe Torre, Whitey Herzog, Tony LaRussa, Vern Rapp, and the ageless Solly Hemus.

The Cubs would need an auditorium to hold a meeting with its former field generals.  Sveum is the 25th manager to lead the Cubs since the last to survive five full seasons.  That was Leo Durocher.  In 138 years of Cubs baseball, there are five men who have survived five full seasons as a Cubs manager – Cap Anson, Frank Chance, Joe McCarthy, Charlie Grimm (twice), and Durocher.

When you accept the gig as manager for the Cubs, you may not know why you will get the ax, but you know it will be before your manage your 800th game.

With change, idiots infer optimism, and there is no better adjective to describe Cubs season ticket holders than idiots.  I grew up having a recurring dream where I picked up my season tickets from the Wrigley Field box office.  I was thrilled every time.  Some of my dreams became reality, but thank God I managed to avoid that one.

Worse would be the thankless honor of managing the Cubs.  Dale Sveum deserves another chance to manage in the bigs because with the Cubs, he had no hope for success.  Every time the team showed a sign of life, team president Theo Epstein and general manager Jed Hoyer traded away the most productive portions of his roster.  Losing ensued, and to ask Cubs fans to swallow that  Sveum holds any responsibility is beyond evil.

Sveum might be a terrible manager, or he might be the best in the game.  It’s a shame that the Cubs roster is so bereft of talent we will never know.

It’s not fair being a Cubs fan, and it’s worse to be their manager.

If Sveum needs a reason to laugh this morning, the anchor on Comcast Sports Chicago had a flub that might explain some of the team’s offensive woes.