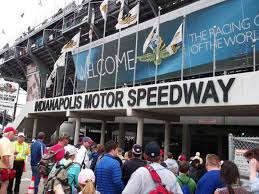 If Mark Miles wants full stands and a return to national relevance for the Indy 500, he needs to champion what he’s great at – doing something cool every time the gates are open.

For 15 years, May at the Indianapolis Motor Speedway lasting an entire month has been a ridiculous concept that only Indy 500 traditionalists have embraced.

Practice days are unnecessary exercises that provide nothing to compel attendance, and Bump Day has ceased to feature bumping.  Qualifications were reduced to the weekend before the race, and contrivances have propped up Pole Day to try to build enough late drama to keep people in their seats until the end of the day.

Carb Day attendance is driven by a concert from a reasonably popular band and the ability to pack a cooler full of intoxicants to make the day of fun an economical win.

The buses filled with school children on a field trip to the IMS to watch practice probably do more to reinforce the notion of contextually bereft purposelessness than to engage them as future fans.

There are useless antique car shows, autograph signings, and other entries that fill the calendar of events, but none of them urge an ordinary race fan to leave the comfort of his or her home to drive to the World’s Greatest Race Course.

Mark Miles was hired by the Hulman Family as CEO of Hulman & Company  because he is a really good host.  He understands how to throw a party, and if the Indianapolis Motor Speedway is going to be open for 12 days during May, it needs to host 12 great parties.  Cars going around in circles for no reason other than to go around in circles wastes everyone’s time.  Building a series of dramatic events that prompt people to hop out of the Barcalounger, pack a cooler, and drive to a very crowded place for a day of fun is Miles’ charge.

The first big move is the almost too logical step of hosting a road race on a road course that cost a lot of money to build, but lies dormant minus a poorly attended Moto-GP race.  This gives the May another cool day, raising the number to four.  The Indianapolis Grand Prix will be held on May 10th, and the Indianapolis 500 will be run May 25th.

What happens in between becomes the ongoing challenge for Miles and his crew.

There is talk of a major concert on the day before the race, but that talk has been a tradition for a generation.  The problem always comes down to money.  Booking the kind of act that will motivate attendance is expensive.  If they can book a Kid Rock level act for Carb Day and a beyond household name act for Indy 500 eve, that would give people five legit reasons to come out.

Traditionalists are pissed because they believe the road race will detract for the Indianapolis 500 as a standalone Greatest Spectacle in Racing.  If you ever wanted to go back in time to talk to the people who ran passenger train companies in the 1930s, and refused to adapt as plane travel put them out of business, these lunkheads are as close as you’ll get.

Nimble wins in business, and listening to boobs who would rather turn back the clock than move boldly toward the future has put the Indianapolis Motor Speedway in the irrelevant position it currently occupies in the national consciousness.  The defenders of the glory days need to be steadfastly ignored.

History for the Indianapolis 500 is a huge part of the fabric of this community, but that’s why we listen to Donald Davidson on “Talk of Gasoline Alley.”  A full week of practice for the sake of tradition when one day would suffice is the kind of stupid that causes seats to go unfilled on race day.

The cars are in Indy on May 8th, and the drivers can be too.  Why not hold a race on a circuit that would just lay there vacant otherwise?

NASCAR holds no abiding interest for me, but the way they structure Speed Week is really smart.  Something happens at Daytona almost everyday, and pointless circling doesn’t count.  They qualify for the qualification races, and then race for the pole.  Sports networks broadcast from there everyday – not because they are contractually obligated to (although they are), but because there is something worth watching when the cameras are on.

The powers that be at Indy have forced networks who want to do business with them to spend hours of air time showing nothing, and that has done great harm to the reputation of the event and facility.  Every second a network broadcasts live from the IMS must provide something interesting for viewers – not to build audience, but to avoid catastrophic damage to the brand.  If not, people click over, are disappointed, and never return (to the broadcast or the event itself).  They learn that the Indianapolis 500 is dull – that nothing happens there.

We know that the opposite is the case.  Standing in Turn One as the green flag drops to start the Indianapolis 500 is the most thrilling place to be in sports – and that means all sports.  Nothing that will ever happen in a Super Bowl or World Series can top that for a goosebump moment.

And I never, ever would have written this when I worked at WIBC Radio – the local flagship for the Indianapolis 500, but that race needs to be carried on live and local TV.  The logic that televising an event reduces gate is as antiquated as the Marmon Wasp Ray Harroun drove for six hours, 42 minutes, and eight seconds to win the first 500 mile race in 1911 (or three years after the Chicago Cubs won their last World Series).  The Chicago Blackhawks were the last major league sports franchise to blackout home games, and lifting that blackout is largely credited for the resurgence in the team’s popularity.

Miles likes to say that doing something just because it’s cool is how great events are built.  The Indianapolis Motor Speedway doesn’t need lights, but it needs a lot of cool.   With the Indianapolis Grand Prix, Pole Day, Carb Day, and Race Day, it’s four days down, eight to go.