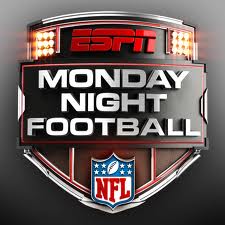 The battle for bragging rights among the Pagano Family isn’t drawing the sexy media coverage that the Harbaughs do, but the head coach of the colts and the defensive coordinator of the Chargers are brothers.  Chuck vs. John will be far down the list of sidebars, just as it should have been for the Harbaughs.

Football is played by athletes on the field, and whether the Colts win on Monday night will be determine for more by their execution that by the schemes of the Pagano Brothers.

By all measurables and intangibles, the Indianapolis Colts should be able to beat the San Diego Chargers on Monday Night Football.  Phillip Rivers is a second tier quarterback with limited mobility, and running back Ryan Mathews may be sidelined due to concussion symptoms.

One of the skills Rivers does possess is delivering a ball on time and on target when his timing is not disrupted.  Just as hitting a baseball is all about timing, and pitching is the art of disrupting that timing, defending the Chargers offense is all about keeping Rivers guessing about who is coming from where and when they can be expected to arrive.

The Colts will try to be rotten guests by showing up for the party at inconvenient times (three seconds after the snap) and place (Rivers sternum).

People will tend to focus upon the excellence of quarterback Andrew Luck as they look ahead toward this game, but the real key is defensive pressure on his counterpart.

Given time and a zone scheme in the secondary, Rivers picks apart a defense with ease – as was the case against the Dallas Cowboys two weeks ago.  The Cowboys rushed four throughout the afternoon, played a soft zone, and Rivers responded by going 35-42 (20-22 in the second half) for 401 yards, three TDs and one interception on a tipped pass.  The Cowboys only got to Rivers once, and that was not nearly enough as the Chargers won 30-21.

The Colts are built to pressure the quarterback, and whether they are able to will determine the course of the game.

If Mathews can’t go, the Chargers will turn to the nearly 32 year-old Ronnie Brown, who is nearing the end of the line.  Last week against Oakland, he ran seven times for 11 yards.  Against the Colts, who have been mostly stout against the run the last three weeks, Brown is unlikely to find a more hospitable welcome.

The Chargers are not without dynamic options in their passing game.  Tight End Antonio Gates may be 33, but he can still clear space and make the catch.  He’s Rivers’ security blanket, and after week one, he has been targeted an average of 9.5 times per game.  In weeks one, three, and five, Gates has been brutal, but in two and four he was excellent.  That the Colts got him in an even numbered week might make no difference, but the Chargers have lost games one, three, and five, while winning the other two.

Another predictor for victory is the success the Chargers have running the football.  When they rush for more than 103 yards, victories follow.  Run for less and they lose.

Danny Woodhead is an athlete who lines up all over the field – sometimes in the backfield, and other times in the slot for Ken Whisenhunt’s offense.  The idea is to always find a way to get the ball to Woodhead in space.  One of the ways Whisenhunt employs is to put him on the field alongside three wide receivers and making sure a linebacker draws single coverage on the diminutive back.  If there was one reason the Cowboys lost to the Chargers, it was because linebackers were constantly singled up on Woodhead.  Well, that and the lack of pressure on Rivers, so if there was a second reason, Woodhead on a backer was it.

Whisenhunt is going to be a good influence for Rivers.  Rivers is a poor man’s Kurt Warner, and Whisenhunt went to a Super Bowl as the Arizona Cardinals head coach in 2009 with Warner slinging the pigskin.

The Colts Robert Mathis has been the most disruptive force in football through five weeks with an NFL leading 9.5 sacks, and he should be able to wreck havoc Monday.  Rookie right tackle D.J. Fluker has been good protecting Rivers, but left tackles King Dunlap and Michael Harris have not been as fortunate.  Fluker is listed as questionable and Dunlap is probable for Monday.

Travel generally doesn’t mean a whole lot in the NFL.  Teams fly on comfortable charters with great food and uninterrupted use of electronics.  The hotels are mostly first class, and the ground transportation is provided police escorts.  It’s not exactly flying coach for a business conference and staying at a Travelodge.

There is one exception, and that is flying west for a Monday Night Football game.  It’s a pain in the ass to head west three time zones – more for the return trip and short week of practice, but it’s still a mess while you are there.

Concerns about travel won’t win or lose the game this week, but it will impact preparation for the homecoming game against Peyton Manning the following week.