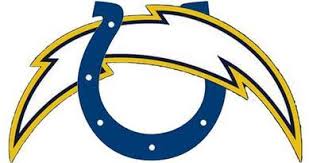 Monday Night Football games are supposed to be a big deal, and for the Colts and Chargers, this game is huge.

The Colts can open up a two-game lead on the Tennessee Titans and three games over the Houston Texans for supremacy in the AFC South.  For the Chargers, a loss would drop them to 2-4 – a full four games back of two division rivals because the Kansas City Chiefs and Denver Broncos are the two remaining unbeaten teams in the NFL after six games.

Because the Colts are 4-1 while the Chargers are 2-3, it would stand to reason that the Colts should be favored, and they are, but by a very slim single point.  Point spreads don’t necessarily reflect the quality of the two teams but find the equilibrium where the money is split between teams.  Ryan Mathews has recovered sufficiently from concussion symptoms that he is expected to play tonight, and that means the Chargers will have a competent running game.

The Colts are the better team, but still aren’t getting national respect because no one has seen them yet.  That will change tonight and Sunday night as they welcome Peyton Manning back to the stadium that his handiwork built.

That doesn’t mean tonight is going to be a walkover.  The Chargers are very productive offensively under the right circumstances, and it will be the Colts job tonight to make sure those circumstances don’t exist tonight.  There is talk about this being a trap game as it is sandwiched between important home games against previously unbeaten opponents.  I’m not a fan of the trap game philosophy.  The Colts know every game demands equal focus and respect, especially one played in front of the entire country – minus St. Louis and Los Angeles, whose citizens will be watching Game Three of the NLCS.

Here are the five keys for a Colts victory tonight:

Teams with a 2-3 record are very dangerous because the statistical probability of qualifying for the playoffs drops off a cliff for those with a 2-4 record.  At 3-3, the deal can still be done.  This is especially true for a team looking at two 6-0 teams in front of it.  The Chargers would be four games in back of the Broncos and Chiefs, and digging out of that hole would be almost impossible for a team without an exceptional player and with a mediocre (at best) defense.

All that said, if I were a betting man, and I’m too high strung to enjoy that action, I would take the Colts -1 for big dollars.  Looking at the comparative qualities of the teams, I would make the spread a touchdown in the Colts favor.