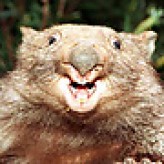 NBC Sports Network has INDYCAR 36, NHL 36 and MLS 36, all fine behind-the-scenes shows that give fans a closer look at the athletes and action in those sports. Here at KentSterling.com, we’re going to take you behind the scenes and delve into the inner workings of a fantasy football league franchise – a winning one at that.

We were granted unlimited access to the 6-0 Wombats of the Castleton’s Finest League. Since I write for KentSterling.com and manage the team, it was an easy deal to broker. With a league week being Thursday-Monday, I documented the activity of all days during Week 6 of the NFL season, starting Thursday night, October 10.

THURDAY: The NFL week didn’t start off well, mainly because I forgot the NFL week started at all. I didn’t get the memo that Charles “Peanut” Tillman was inactive for Thursday’s game. It was a front office blunder. That’s a big ol’ goose egg to start the week: ZERO points at the cornerback position. I was too busy sorting out how the heck I was going to get fantasy hockey points for Blades of Steel with Kari Lehtonen and Roberto Luongo laying eggs in goal.

So I lost a little focus and sacrificed eight-ten points; big deal. I did the same thing Week 5 with Patrick Willis (these Thursday night games tend to catch me off guard) and survived, though it took a stat correction on Tuesday to earn a dramatic four point victory. I thought the ‘Bats were 4-1 but were now 5-0, instead. Call it lucky, but just remember: stats don’t lie, especially the corrected kind.

The truth is, I don’t mind losing. But beating yourself is tough to deal with. With the Tillman screw-up following the Willis screw-up and a last minute substitution technical glitch (the explanation given by my son and Wombats intern) the previous week involving T.Y. Hilton – leaving me without his 26 fantasy points – I was starting to see a pattern here: 1). Guys didn’t want to play hurt as much as I expected them to play hurt, and 2). Negative outside forces were starting to seep into the Wombats inner circle. Maybe it’s because I’m not really one of Castleton’s finest. I’m one of Muncie’s finest. Regardless, the momentum of the season was starting to hit some unnecessary speed bumps.

As for the Hilton fiasco, there’s a reason I traded for him. Like everyone who wear’s the “W” I knew there would be a day I would need to call on him and he’d produce. He was on my bench, biding time. Then, down went Calvin “Megatron” Johnson and in went T.Y Hilton…or apparently Brian Hartline. THANKS YAHOO! But, hey, who needed T.Y.’s 26 points when I had Hartline’s six points…

Back to the Tillman mistake. To say my confidence in managing this team wasn’t a little rattled at this point would be lie. Frustration was mounting with these self-inflicted wounds. A Wombat is a tough little critter, but man…this won’t work come playoffs. Yes, I’m already talking about p-p-playoffs!

FRIDAY (24 hours in): This was a day of inactivity for me, fantasy football-wise. About the only thing I can say that relates to the Wombats is the fact that friends and family had to listen to me whine incessantly about my miscues the past couple weeks. Sucks for them, but such is life. When you eat, sleep and breath Wombat football, it comes with the territory. You get the bad with the good.

SATURDAY (48 hours in): Sunday is right around the corner and I’m back in a winning mentality. Here’s how I’m viewing the next two days: I’m 5-0 on the season. I thought the Wombats were awesome and the record proves it. I have Andrew Luck, Jimmy Graham, DeMarco Murray, Darren Sproles and Calvin Johnson (returning from injury). Stat projections have me winning again. Why wouldn’t it? It’s hard to argue with stat projections. After all, this game IS played on paper. I methodically built this team with depth. This ain’t no one-trick Wombat.

I was feeling good heading into the Sunday/Monday games and used the extra time Saturday to turn my attention to the next two weeks when I have to negotiate around the bye weeks of Graham, Sproles and Luck. Players can’t look ahead but I sure as hell can. You have to if you want to be a top flight general manager.

I’m looking at my bench, analyzing it to see who I can afford to drop to make room for a backup tight end and quarterback. The trouble is, I like them all and don’t want to drop anyone. So, I asked a friend in the league if it seemed stupid to drop Ndamukong Suh and go without a defensive tackle for a couple weeks. To which he replied, “No, that’s not stupid. You usually leave 20 points on the bench. What’s three or four…” Hey, that’s just the kind of validation I needed for my out-of-the-box thinking.

SUNDAY (72 hours in): This was the the type of day that tests your patience as a general manager.

Even though Calvin Johnson was back after sitting out Week 6, I really waffled on the decision to start him. I knew he wasn’t 100 percent. Sure, he’s got the heart of a fantasy Wombat, but I was afraid he’d actually play like the real thing. But as someone said to me, “You have to start ‘Megatron’ if he’s playing.” I did and he played like a real wombat: two points; two freaking points out of Calvin Johnson.

No worries, while “Megatron” was putting up mini points Jordy Nelson was putting up 17 points. It was a very salvageable day given I had Sproles, Graham, Murray and Frank Gore. I also had DeMarcus Ware capable of putting up strong numbers at defensive end.

Ok, now there were worries. Ware only managed two points before leaving the game hurt. Murray racked up 11 points in the first quarter alone, but he also left the game early. Sproles managed a very pedestrian seven points. And fantasy stat stuffing tight end Jimmy Graham?….zero points. Zero points for Jimmy freaking Graham. To top it off, the opposition’s quarterback, Tom Brady, drove the length of the field for a last second touchdown to tack on valuable points. Hmm…I thought, “Now what?” Well, I dodged a bullet with a stat-corrected win last week so karma was biting my Wombat butt.

I had two things going for me, though: 1). I had four players suiting up Monday night, and 2). The opponent was sucking about as bad as the Wombats.

MONDAY (96 hours in): I entered the night ten points down. That wasn’t bad considering I still had Andrew Luck, T.Y. Hilton, Antoine Bethea and Jerrell Freeman (a legit fantasy linebacker), while the opponent had Reggie Wayne and Danny Woodhead. Despite the disaster of Sunday, I was feeling confident the Wombats would come out on top. The long hours I’d put in earlier, namely picking up Freeman over the weekend and starting Hilton, was looking like the things of genius management.

As it turned out, Monday did nothing to correct the misfortunes of Sunday. The only difference in the two days was that I had to turn from beer to gin to get through it.

Luck put up his lowest points total of the year, largely due to multiple dropped passes by guys who clearly didn’t have the Wombats’ best interests at heart. But Hilton had a drop, too, and was basically non-existent. The 26 points he put up the previous week seemed like a year ago.

With the theme of the week being injuries, Freeman joined the Wombat wounded and left the game with a concussion. The Indianapolis Colts like to say, “Next man up.” That’s great for them, but it didn’t do me any good in the middle of a Monday night game and down a measly point. Gone were any more tackles from the linebacker position. Pfft, in a one-point game, who needed a middle linebacker and his tackle points?…He was road kill as far as I was concerned.

With the Colts down ten, the only real suspense was whether the Wombats would find a way to pull it off and remain the lone unbeaten team in the league. The score toggled back-and-forth: up a point, down a point, up a point, down a point. Honestly, it was only by the grace of the suckiness of the opponent that we still had a chance to win. I was watching the game with a couple of other league managers and we were following all of the scintillating action/real-time stats on a laptop. A pass completion to Wayne on the Colts’ last possession actually put the ‘Bats down (Wayne got more points on the play than Luck). Then, another completion put us back on top by a point.

You know when a classic game is unfolding in front of your eyes. This had all the suspense of a classic game. But I’m going to be very frank here, the stress of continuing to win and staying undefeated was real. Pass the gin, please…

With the Wombats up and Luck with the ball, we had a shot,. But Wayne could throw a wrench into everything. Weird, I know.

NOOOO!! Luck threw an interception. The Wombats were down by less than a point. My only hope to get another point was a tackle as San Diego ran out the clock. But with Freeman out, what were the odds a Chargers back would break through the first two lines of defense to our only remaining hope, safety Antoine Bethea? Actually, the way the Chargers ran the ball on this night, the odds were pretty good.

Up the middle went Chargers back Ryan Matthews, tackled with just enough time for San Diego to have to run one more play before kneeling down. Up the middle went Matthews again, only this time it was as if the seas parted. He went through a gaping hole, and waiting for him on the other side was Antoine Bethea. TACKLE! POINT WOMBATS! BALLGAME! THAT’S WHAT I’M TALKING ABOUT!

Celebration ensued. It was one for the ages.  The thought of my team being 6-0 in it’s first season was starting to feel damn good.

If Bethea had been interviewed immediately after the game, I’m pretty sure he would have said something like, “That last tackle there, that was for ‘Peanut.’ We have a saying here, ‘Wombatter up.’ When a guy goes down, and that includes our general manager, it’s the next Wombatter up.”

But then we saw an update pop up on the laptop. What? A freaking stat correction?! OH, NO. NOOO! The Wombats lost. What an emotional night. What a disappointment. The Wombats have a truckload of injuries, bye weeks ahead and are now 5-1. Tuesday was going to feel like a hangover for more reasons than one.

Such is the life of a fantasy football general manager.

(96 hours+: OVERTIME): Tuesday morning, I learned the NFL incorrectly attributed a fumble to Darren Sproles. Stat corrections kicked in again and the Wombats were awarded the victory by less than a point. Didn’t I just write last week  there is no such thing as a bad loss? I did. The Wombats are 6-0, and we have another saying now: Even when we’re losing, we’re winning!

Some think the Colts could be on their way to a special season (well, they did before Monday night). But I have to say that the true team of destiny may be this team of Wombats.