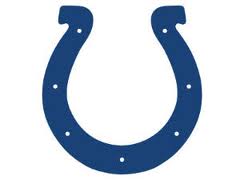 Let me preface everything in this post by saying that if Indianapolis Colts quarterback Andrew Luck gets hurt, all bets are off.  I retract every word written here.  Matt Hasselbeck is a legit backup in a way that no one could have known was true about Jim Sorgi, Paul Justin, Curtis Painter, Kelly Holcomb, or Brock Huard have been  for the Colts, but he is not Luck.

The Indianapolis Colts beat three of the top teams (Seattle Seahawks, Denver Broncos, and San Francisco 49ers) in the NFL to reach 6-2, and if anything the second half schedule should allow them to ascend to even greater heights.  Let’s take a look at the schedule to see what to expect as the weeks click forward toward a return to the playoffs:

This appears to be an easy, almost automatic win.  The talent and ability gap between Rams quarterback Kellen Clemens and Luck needs to be measured in parsecs (3.26 light years for those of you who like specificity) and that will be the difference.  Clemens will throw it to the defense or fumble when hit, and that makes him a quarry that likely will pose little resistance.  The Rams running game has found itself since the injury of disappointing franchise quarterback Sam Bradford.  Rookie Zac Stacy has been very productive the last two games as he has carried the ball more often for 134 and 127 yards.  The receivers for the Rams have solid measurables, but are wildly inconsistent.

The defense is a different issue entirely.  The front four are stout, and the ends get get after the quarterback with enthusiasm.  Robert Quinn has blinding speed, and has notched 10 sacks.  According to profootballfocus.com, Quinn grades out as the best 4-3 end in the NFL, and it isn’t close.  In fact, Quinn is graded has the second most impactful defensive player in the league behind J.J. Watt.  Sadly, the secondary and linebackers don’t measure up to the front.

The Rams are going nowhere this season, and they know it.  Sometimes teams just are who they are.  With only sporadic deviations, the Patriots and Colts have won for a generation while the Rams and the Bills have lost.

Anthony Castonzo needs to do everything he can to keep Quinn off of Luck.  If there is a game that makes me quiver and shake in worry over the health of Luck, this is it.

The Rams have some talent, but even at their best on the road, the good players can’t be great enough to overcome Clemens’ mediocrity.

At 4-4, the Titans are the only legitimate speed bump the Colts need to negotiate on their drive to the division crown.  A win in Nashville would cripple the Titans chances, so just as was the case last Sunday night in Houston, the Colts should expect a best effort on national TV.

Jake Locker is a pretty good quarterback for someone almost completely below the radar.  Through week four, Locker was rolling having completed 69-111 for 721 yards, six TDs, and no picks.  After recovering sufficiently from a hip injury to play the last two weeks, Locker has thrown for two TDs and three picks.  He isn’t good enough to beat anyone by himself, but if he stays clean and throws only to his guys, the Titans won’t lose because of him either.  Fans hoping to see the Chris Johnson who ran for 2,006 yards in 2009 will be disappointed.  After that magical season where Johnson finished with 11 straight 100 yard games, Johnson gained 100 yards in eight games in 2010, four games in 2011, five in 2012, and enjoyed his first of 2013 last weekend against the Rams.

The defense has generated 15 turnovers, which nets the Titans a +6 turnover margins, and yet they are 4-4.  Their pass defense is legit, although they have faced some of the worst passing offenses in the NFL.  Their rushing defense is not stout, but the Colts have had some trouble running the ball, so that’s not a net advantage for the Colts.

This game is a pick ’em.  It wouldn’t surprise me to see the Titans take a first half lead and then have Luck lead a fourth quarter comeback for the Colts.  That has little to do with the Titans; I’m just never surprised by those two things – not anymore – from Luck.  The Colts have won 17 of Luck’s total of 24 starts and 10 of those have been the result of fourth quarter comebacks.

Since the opening week of the 2011 season, Luck and Tony Romo are tied for the NFL lead with 10 fourth comebacks, and Luck spent the entire 2011 season as a student athlete at Stanford.

Carson Palmer hasn’t changed much over the years.  After a very nice week one performance against the Rams, he has reverted to form.  He’s thrown at least one interception in every game, and has struggled through four of eight games with an adjusted yards per attempt of under five yards.  The rushing offense was brutal until the Cardinals last game against the Falcons on October 27, when they got untracked with a total of 201 yards.  Prior to that, they had not reached the 110 yard mark.  Against the Falcons, coach Bruce Arians finally shelved the thoroughly mediocre Rashard Mendenhall and rolled with rookie sixth round pick Andre Ellington, who responded with 154 yards on 15 carries.

Larry Fitzgerald is still productive with 36 catches and 470 yards, but at 30 he is no longer the dominant receiver he once was.

The offense giveth the ball and the defense taketh away.  The Cards ranked 31st in the NFL with 18 giveaway, and second in takeaways with 19.  The secondary is filled with ball hawks like Patrick Peterson, Tyrann Mathieu, and Rashad Johnson.  High risk, high reward is the way the Cardinals play, and that seems about right for a team coached by Arians.

I’m not a big believer in trap games, and don’t believe that the Colts will head to Glendale with their sails filled by self-loving wind.  This is a game the Colts should win, and they usually win games they should.

This game is likely to be the last hurdle between the Colts and an AFC South title.  That makes it a worthwhile endeavor for the Colts, and I believe they win at home.  For details, see the November 14th matchup.

No point in getting detailed about a game over a month away.

The Bengals are 6-3 right now, and that makes the Bengals a tough road beat the week after the de facto division wrapper.  I’ll take Andy Dalton and the Bengals.

No way the Colts lose this game, regardless of the quarterback or coach for the Texans.

This game could very easily be for home field advantage throughout the playoffs.  Does anyone think the Chiefs have a chance of going 16-0?  No.  How about 15-1?  No.  14-2?  Getting closer.  Maybe 13-3?  Sounds right.  That means the Chiefs will finish their last seven games 4-3.  With two each left against Denver and San Diego, and one against Oakland, Washington, and Indy, I’m picking the Colts as one of the losers.  I hate to do it, but the Colts game is their last home tilt of the regular season, coming after consecutive roadies against Washington and Oakland before finishing at San Diego.

I don’t care if this game is for nothing, the Colts should be able to turn their depth chart upside down and beat a team that will have long since clinched the first overall pick in the 2014 NFL Draft.

That gives the Colts a 12-4 regular season record, and likely the #3 seed in the AFC.  That is a hell of an accomplishment given their very difficult schedule (minus the gimmees against the Jags)  Then it’s time for the real fun, and will give us a chance to see if the comparisons between statue #1 and potential statue #2 extend to the postseason.

2 thoughts on “Indianapolis Colts – 6-2 in the First Half; Second Half Should Bring AFC South Crown – and More”